Service that isn't limited to four trains in the dead of night? Sign us up 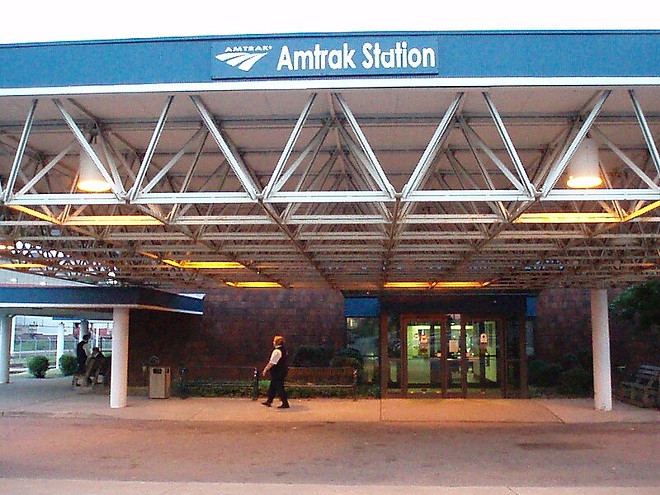 Are you one of the many who would adore expanded rail service in Cleveland?

Of course you are.

As Amtrak considers a possible expansion of local service (did you even know that was in the works?) that would include more frequent trains to Buffalo, Chicago, Detroit, New York, Philadelphia, Pittsburgh and Washington D.C., NOACA, Cleveland Neighborhood Progress and Destination Cleveland are soliciting community feedback through the end of August to help them lobby for that expansion to become a reality.

Currently, Cleveland Amtrak service is limited to four trains arriving and departing in four of the most ungodly wee hours of the morning:  2 to 6 a.m.

Despite the anemic service, and despite the aggravating schedule, some 50,000 riders annually use those trains.

Adding frequency and service that operates during the day would be a huge opportunity, especially for Cleveland to show there's not only demand for the destinations listed above but also for a new Columbus-Dayton-Cincinnati route currently in the midst of a feasibility study.

“Improving service along existing east-­west corridors is the most cost-effective way to get started, to demonstrate passenger rail’s potential for creating economic growth, attracting new business, tourism and new talent to Ohio,” NOACA Executive Director and CEO Grace Gallucci said in a statement. “The freedom to travel more frequently during the day – providing intercity and interstate connections – more safely and efficiently will enhance quality of life for our residents while also advancing regional and state efforts.”

As Norfolk Southern Chief Strategy Officer Mike McClellan told NEO-Trans, the private-public collaboration to push the state of Ohio in the right direction seems to signify momentum worth noting.

“The thing that strikes me the most about this is for the first time is we have metropolitan planning organizations around Ohio getting involved in passenger rail development,” he said. “And they have literally joined arm-in-arm with major private sector business organizations who have got their legislators on speed-dial. I think the partnerships NOACA has formed are very encouraging. They see this is an economic development and job force creation tool.”