From the corner(ish) of South Marginal and East 55th... 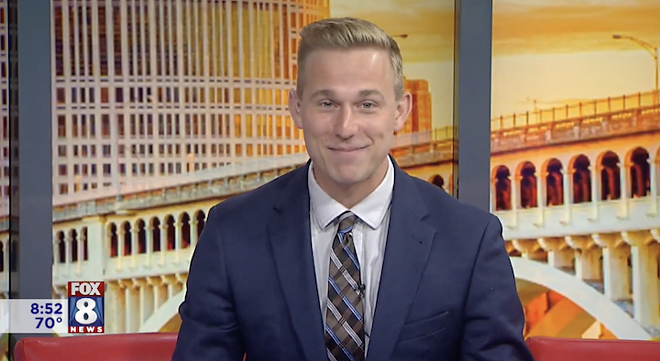 Fox 8 this week introduced its newest reporter in Brad Hamilton, Northeast Ohio native and son of legendary Guardians radio voice Tom Hamilton. (And, as he was quick to point out to his colleagues and the audience, Wendy, his mother, who was a longtime news reporter.)

After hopscotching the country with stops in Minnesota, Florida, and Wisconsin, Hamilton returns to the studios where he once interned on the high school football desk for a full-time gig covering his hometown.

"It's an honor to be here," Hamilton said in the segment. He, his wife Brittney, new son Liam and their dog "feel truly lucky to be back. Cleveland is such a special place."

Hamilton's new gig will be more in line with his mom's experience than his father's, as he focuses on news, but with a schedule that includes weekends, he knows his coverage will likely include the Browns and Buckeyes this fall.

"I'm ready for all things Cleveland," he said. "We're just excited to get going."