Raising Cane's Set to Open in Avon This Year, Seven Hills in 2023

Raising Cane's is coming to your city, probably 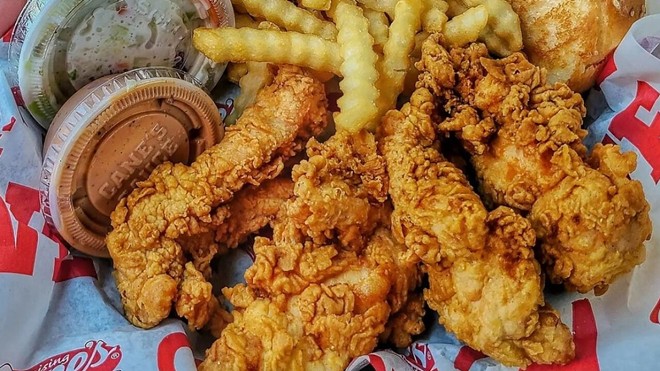 The slow march to make sure every Northeast Ohioan lives no more than 10-minute drive from a Raising Cane's continues later this year and next as the fast food giant will open its tenth and eleventh locations in the Cleveland area.

Manifest Chicken Finger Destiny's BBQ-dipped charge will get its next boost in Avon, where a new build is already under construction and expected to open, along with four or five or twelve other chains, on Chester Rd. near Jaycox.

Avon's city planner told the Morning Journal the spot is about two months out from being completed.

A little further down the line is Raising Cane's Seven Hills location, slated to begin construction in January with completion expected in summer 2023 on Rockside Rd. near the Independence border.

The Parma Sun Post reports a wetland was discovered on the property, causing a brief delay in the suburb's plans to get chicken fingers into as many hands as possible, but remediation was completed after an EPA report and the tendies are set to start flowing once Cane's submits and gets approval for its new design.

With a lot consolidation, there will now be ample parking and a double drive-thru, which should alleviate traffic concerns.