Livewire: The Best Concerts to Catch in Cleveland Through Oct. 4, Including Nine Inch Nails, Post Malone and Dinosaur Jr. 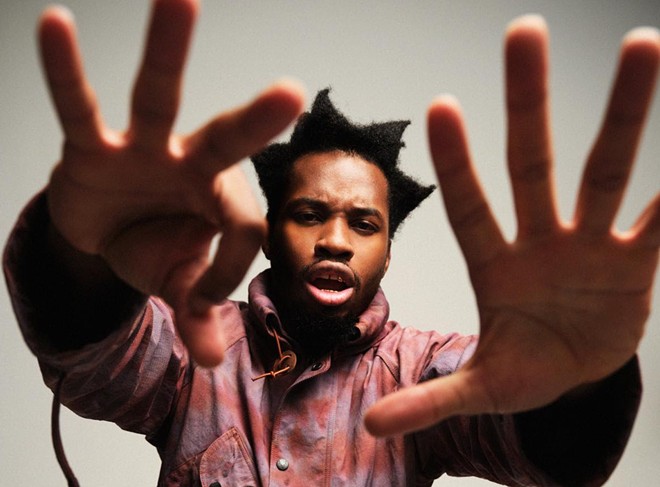 Quivers
Originally slated to tour the States in 2020, Australia's Quivers spent lockdown writing the music for their second album, Golden Doubt. The jangle pop band excels at earworm indie pop, as songs such as ""Burnt My Maps" attest. The band recently supported the Hold Steady at the Corner Hotel in Melbourne. It plays tonight at 9 at the Happy Dog. Sure, Machine, Jason Kaminski and Laughing Chimes open. Tickets start at $10.
5801 Detroit Ave., 216-651-9474, happydogcleveland.com.

Toronzo Cannon and the Chicago Way
On the hard-driving “Strength to Survive,” one of singer-guitarist Toronzo Cannon's best tunes, Cannon sings about how “real life” is getting in the way of his dreams. He describes himself as a “broken man” who can’t look at himself in the mirror. It’s heavy, emotional stuff and the riveting guitar solos possess a real weight too from the Chicago City Bus Driver who’s became the latest highly rated blues export from the Windy City. He comes to Music Box Supper Club tonight at 8 in support of his latest effort, The Preacher, the Politician or the Pimp.
1148 Main Ave., 216-242-1250, musicboxcle.com.

Conan Gray
Since releasing original demos on his YouTube channel at the age of 15, singer-songwriter Conan Gray has become increasingly popular and delivered commercial hits such as “Heather” and “Maniac.” He comes to Jacobs Pavilion at Nautica tonight at 7:30 as part of a tour that's his first in support of his second full-length album, Superache.
2014 Sycamore St., 216-861-4080, jacobspavilion.com.

The Claudettes
It would be unbelievably inaccurate to confine Chicago band, the Claudettes, to a solitary genre. The band fuses jazz, blues, vaudeville, soul, and classical. Though their diverse yet structured style is fresh, their live shows are a throwback to early 20th century performances from a 1930s big band club to a 1920s speakeasy. Tonight, the group returns to Jilly's Music Room in Akron as it brings its tour in support of its latest effort, The Claudettes Go Out!, which arrives next month via Forty Below Records, to town. The show starts at 8; tickets cost $10.
111 N Main St., Akron, 330-576-3757, jillysmusicroom.com.

Denzel Curry
Rapper Denzel Curry recently appeared on NPR's Tiny Desk Concert series for a performance of songs from his critically acclaimed new album, Melt My Eyez See Your Future. The performance served as part of NPR's celebration of Black Music Month and found Curry working with L.A.-based Cold Blooded Soul. The Tiny Desk Concert's release comes in the wake of performances at Governors Ball, Bonnaroo and Something in the Water. Curry performs with AG Club, redveil and Playthatboizay at 7 tonight at the Agora.
5000 Euclid Ave., 216-881-2221, agoracleveland.com.

Dinosaur Jr.
Indie noise rock pioneers Dinosaur Jr. have maintained their stature in the genre for decades now, and they’re not letting up. Fronted by the ever-creative J Mascis, the band vaults madly between chest-thumping, bone-crushing punk structures and more laid-back, contemplative melodies. Bring earplugs. These guys like it loud. Doors to tonight's show at the Agora open at 7.
5000 Euclid Ave., 216-881-2221, agoracleveland.com.

Foreign Air
Foreign Air's Jacob Michael and Jesse Clasen first crossed paths while playing in different projects; they formed this electronica act in 2016 and released the single "Free Animal," a song with heavy drums and soulful vocals, that same year. The group performs tonight at 7 at House of Blues.
308 Euclid Ave., 216-523-2583, houseofblues.com.

Five Finger Death Punch
In the wake of the release of its new single, “AfterLife,” the hard rock act Five Finger Death Punch embarked on a 2022 North American headlining tour with the veteran rock act Megadeth. The jaunt rolls into Blossom tonight. The HU and Fire from the Gods share the bill. The show begins at 6:30.
1145 W. Steels Corners Rd., Cuyahoga Falls, 216-231-1111, clevelandorchestra.com.