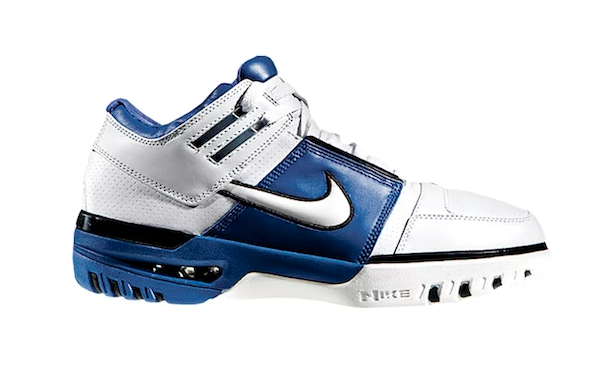 The most important pair of shoes I’ve ever worn are the Blue Zoom Gen 1 LeBrons my Mom got for me just after my 11th birthday. Those shoes that she couldn’t have paid more than $100 for back in the summer of 2004 are now selling on StockX for upwards of $2000. That's a shame, because they might genuinely be the only pair of shoes the Akron-born Cavalier legend has released that are actually worth wearing.

Sadly, after nearly 20 years, they are the only classics the St. Vincent St. Mary grad has under his belt. This is after decades of trying, and mostly failing, to release a signature shoe that has the same cultural impact, style and comfort of that OG Zoom Generation 1, released during his rookie season.

Don’t get me wrong, the 8s are great - specifically the South Beach and Hardwood Classic colorways. But when was the last time you spotted a pair out in the wild aside from maybe the all-star game in February, or a Cavs/Lakers game at the RoMoFiHo?

As an unapologetic loyal subject of King James, I felt compelled to give the XVIIIs a try, since they didn’t look as God-awful as the XVIIs, which appeared to pay homage to molten lava. That was a decision I would soon come to regret after wearing them for about 45 minutes. They caused unbearable discomfort, thanks to the rock-hard texture of the shoe’s plastic tongue. Design decisions like that toss the most basic and obvious rules of sneaker design to the wayside. And they likely contribute to the reason why LeBrons lack the timeless appeal of Jordans, or hell, even Kyries.

Look at them. They don’t necessarily lend themselves to wearability with non-athletic apparel, meaning there's not much reason to wear them unless you plan on getting shots up.

Regardless, recently released images of the LeBron XX garnered more positive feedback than any pairs of his shoes in recent memory. That’s largely the case because of the resemblance they bear to Kobes. My personal opinion of the LeBron XX “Time Machine” is that they’re fine. They don’t take any huge risks, which is a relief, but there’s nothing about the shoes that gives them an identity of their own. They’re the LeBrons that look like Kobes.

What makes the OG LeBrons, along with the 8s, special is that they don’t take many cues from other shoes. That seems to be a lesson that newly-acquired Cavalier Donovan Mitchell has incorporated into his shoe designs with Adidas. He also seems to have hit the sweet spot of functionality both on and off the basketball court. Taking that into consideration, it’s fair to assume that he’ll be able to avoid catching the heat that LeBron regularly catches for his shoes. It was over a decade ago that Dom Kennedy said, “Don’t wear LeBron to the club, the shits ugly,” on "Platinum Chanel," but  in 2022, I'd still heed his advice.

The feeling of putting on that first (only) pair of LeBrons my Mom bought for me back in the summer of ‘04 was euphoric, rivaled only by the purchase of my Jordan 1 Mochas some 16 years later. To say I’m a little disappointed that the only signature shoes worth wearing that a Cleveland Cavalier has brought to market were from a point guard who demanded his way out of town would be an understatement.

Hopefully, Donovan Mitchell is prepared to shoulder the heavy burden that awaits him off the court — dropping some fire shoes that Cavs fans can be proud to wear while out and about.