Sophie B. Hawkins Talks About the 30th Anniversary of Her Debut Album

Singer-songwriter will perform on November 2 at Kent Stage 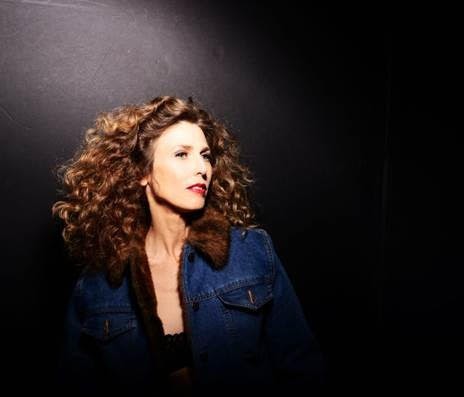 Courtesy of Press Here
Sophie B. Hawkins.
Initially, Sophie B. Hawkins had a hard time finding a record label willing to put out her debut album, 1992’s Tongues and Tails. Undeterred, the New York-born singer-songwriter started writing and recording songs in her bedroom.

“Nobody would sign me, but I had fans and would play the songs outs,” she says via phone from her home just outside of New York. Sophie B. Hawkins performs on Wednesday, Nov. 2, at the Kent Stage. “I had about 100 songs. I was prepared. When we got to the album, I had a great sense of myself as a full artist and a singer and percussionist and keyboardist. I had done all the percussion. I had done all the background vocals. I had done all the arrangements. I knew what I wanted. I walked to the Electric Lady Studios every day ready to make the best album I could make in my whole existence, and no one was going to mess with me. By the way, people liked that attitude and wanted to work with me.”

Hawkins says she grew up listening to and admiring artists who wrote their own material, and that was partially why she felt compelled to do the same.

“I wanted to be a classic artist,” she says. “I was comparing myself to the great artists. I thought I should write my own songs. I think writing with other people is fun, but it’s absolutely not what writing by myself is. When I do that, I’m bringing my insides out. I don’t know who I am without my songs. My songs tell me who I am.”

She’s says she uncertain whether the LGBTQ+ community embraced her first single,  “Damn I Wish I Was Your Lover,” but she says she embraced the community at the time by playing New York venues that catered to those artists.

“I will say that when I was writing the music, that community was the most inspiring,” she says. “I was down there at [the New York performance space] PS122 playing bass and singing with Holly Hughes and doing anything I could do to work with those great artists of the time. I was trying to get in on their performances at the WOW Café Theatre and Dixon Place. I was so excited to work with artists and learn from them. I was happy to have that third verse be what it was. As my wonderful aunt says, it’s not like I was on the cutting edge. I was with the ancients. Homophobia is modern. Ancient societies were fine with gender creativity.”

For her new single, the catchy “Love Yourself,” she sings about self-empowerment over bluesy guitars, a beefy bass riff and strings. Cooing backing vocals give the tune a classic R&B feel.

“I love the song because it was a real moment,” Hawkins says of the track. “I always remember every moment that inspires a song. The story is in the song. I actually went to a party and ate coconut cake and drank red wine. A voice said, ‘Love yourself.’ That’s exactly what happened. It was my unconscious. My mind was unwilling to love me. That doesn’t come easily. It’s one thing if someone else says, ‘You should respect yourself.’ Artists have the hardest time loving ourselves. When the unconscious kicks in, don’t take it for granted. I was so happy about the song. You hear all these songs on the radio now about hating yourself. That’s not where I am at. I want to give this transcendence and this human experience. You can create self-love and lasting happiness and joy no matter what your situation is.”

For the live show, Hawkins will not only celebrate the 30th anniversary of Tongues and Tails, but she’ll also debut "Love Yourself" and more material from a forthcoming studio album.

“It’s going to be really fun. I’m doing my favorite songs from Tongues and Tails and then I have the Whaler hits and then the Timbre hits and then I have a few covers, which are going to be surprising," she says. "And then, I have the new songs, and people love the new songs. People love the new songs. It all works together. I’m playing with these musicians who are fabulous singer-songwriters — Seth Glier and Katie Marie — in their own rights. People should go to my Facebook and Instagram to see them. It’s real. We’re not saying, ‘What did Sophie do in 1992?’ We’re saying, ‘What can we do now that’s going to be really powerful, so the audience can go away from the show thinking that they really got it?’”
© 2023 Cleveland Scene