Cuyahoga River a Showpiece for Clean Water Act's Success at 50 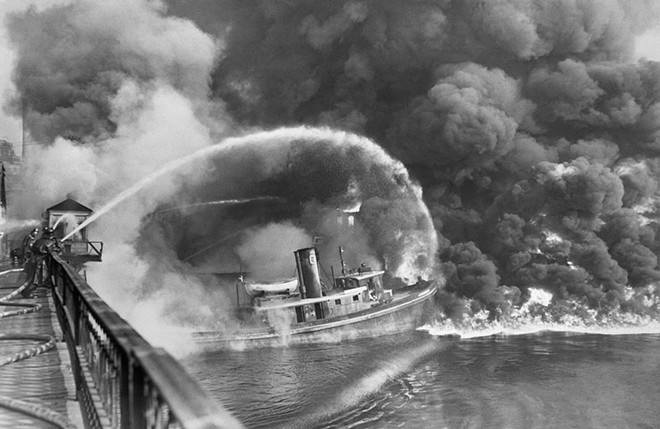 (Tullio Saba/Flickr)
A 1952 fire on the Cuyahoga River caused more than $1.5 million in damages.

The 1969 Cuyahoga River fire spurred passage of the Clean Water Act in Congress, and this week the landmark legislation marks 50 years of transforming the waterways across the country.

A new National Wildlife Federation report found the number of places that meet water-quality standards has nearly doubled in the past 50 years, thanks to Clean Water Act provisions that help limit pollution, prosecute polluters and fund restoration efforts.

Chante Coleman, senior vice president for equity and justice at the National Wildlife Federation, said the Cuyahoga River is a "poster child" for the importance of the law.

"This is not the first time that this river went up into flames due to industrial and sewage waste," she said, "and today, due to the Clean Water Act, you can actually eat fish from the river. It's a really incredible story. The benefits on the Cuyahoga River could be seen just a mere 20 years later."

Despite success of the law, Coleman said, parts of it currently are under attack in a case before the U.S. Supreme Court. It could remove protections from some streams and wetlands, which would then make it easier and cheaper to pollute or even eliminate these waterways.

According to the report, the Clean Water Act regulates nearly 200,000 point-source polluters, such as sewage-treatment facilities, petroleum refineries and indoor hog farms. Coleman noted that it keeps 700 billion pounds of pollutants out of the nation's water each year.

"Levels of metals, like lead in our rivers, have declined dramatically, and ultimately, the cost to clean our drinking water is lower because our entire system is healthier," she said. "Clean drinking water benefits all communities, but especially most vulnerable communities that face increased polluted water due to climate change."

Coleman noted that the benefits of the Clean Water Act still are not equally distributed, however, especially for urban and low-income communities and communities of color.

"There's way too many Americans from these demographics that remain vulnerable to water pollution," she said. "So, the law really does need some fine-tuning so that access to clean water doesn't depend on your race, ZIP code or your income. "

Those improvements, she said, could include investing in water infrastructure in vulnerable communities.

The report also made the case for Congress to do more to address agricultural runoff, which is the leading reason bodies of water across the United States don't meet water-quality standards.
© 2023 Cleveland Scene