More than 440,000 renter households in Ohio are at or below the poverty line 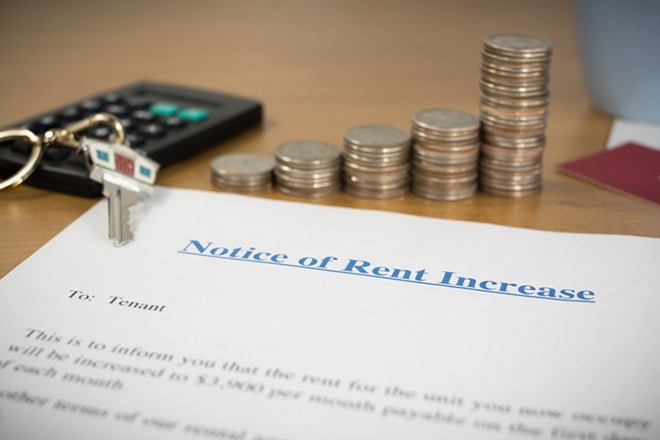 
Rents have been rising fast over the last two years, creating hardship for Ohioans who are surviving on wages that aren't keeping up.

Between December 2019 and December 2021, the average rent for a two-bedroom apartment in Ohio's five most populous counties increased between 15% and 18%, according to data from Zillow. But median household incomes in Ohio increased by just 6% between those years, according to census data.

"With the wages remaining stagnant in the state of Ohio and the rents increasing, we're going to find a lot of families and individuals who are faced with a housing crisis," said Kaci Philpot, supervising attorney with the Tenant Advocacy Project at the Legal Aid Society of Columbus. "Whether it be staying with family or living on the streets or in shelters because they don't have the income to qualify for any of these rental units."

For comparison, between December 2017 and December 2019, average rent increases in Ohio's five biggest counties ranged from 6% to 10% - about half as fast as the increase over the last two years.

And more than 440,000 renter households in Ohio have incomes that are at or below the poverty threshold, according to the National Low Income Housing Coalition. Many of those households are already severely cost burdened, meaning they spend more than half of their income on rent.

"I'm not in a position to forecast what I think rent prices will look like five years from now," said Philpot. "I can say that they are increasing and there's no sign that that trend is going to stop."

Why are rents going up and who is it affecting?

When the demand for housing is high but supply is low, the price of housing rises, said Don Brunner, treasurer of the board at the Columbus Apartment Association.

"We need to produce roughly 340,000 new units a year across the country to keep up with demand. And we've only done that a couple of times in the last 10 years," Brunner said. "There's always been less new units than what the demand is, so there's been a deficit every year."

The Centers for Disease Control's COVID-19 eviction moratorium, which prevented landlords from evicting tenants for more than a year in 2020 and 2021, made it harder for landlords to make their own ends meet, he said.

"A lot of the smaller owners - which is where the real and natural occurring affordable housing comes through - were taking their units and selling them, because they weren't getting paid for rent," Brunner said.

Brunner and other sources said they don't have data about who rent increases are affecting most. But there are large disparities among renters across racial lines. According to the Joint Center for Housing Studies at Harvard University, 36% of households that rent in the U.S. make less than $30,000 a year. Nearly half of those renters are Black, 34% are Hispanic and 33% are white.

Black single mothers are more likely to be evicted due to low incomes and children, according to a 2014 study from the MacArthur Foundation. Black women in high-poverty Black neighborhoods are also more likely to work than their male neighbors, but their wages are lower than those of men.

"It breaks my heart because it does feel like they're being targeted more," Petit said.

Organizations like Community Legal Aid are working to support tenants as rents rise.

For example, some cities are expanding legal representation for tenants facing eviction cases. Cleveland and Toledo city councils created right-to-counsel ordinances, which provide attorneys to extremely low-income tenants. United Way found in the first six months of right to counsel in Cleveland, 93% of tenants who were provided with attorneys through the program avoided eviction.

In spring 2022, state representatives Tavia Galonski (D-Akron) and Paula Hicks-Hudson (D-Toledo) introduced House Bill 622 that would provide legal representation to some tenants facing eviction in Ohio. The bill is currently in committee.

Tenants' unions make it easier for tenants to share their grievances and discuss ways to create better living situations for themselves, said Josiah Quarles, the director of organizing and advocacy with the Northeast Ohio Coalition for the Homeless.

"If people are isolated, it's much harder to even feel that community," Quarles said. "A lot of it is just tenants talking to each other, letting each other know that they're not alone, that they're struggling with the same thing."

The goal of a tenants' union is to advocate for renter-friendly policies and minimize rent increases, Quarles said.

"There's always a power difference between a landlord and a tenant - that's just kind of the nature of the beast," Quarles said. "But when people feel empowered by the others within that power dynamic, it can tip the scales back to a little closer to equal, which is where they should be."
© 2023 Cleveland Scene