Chelsea Cutler Explains Why She Enjoys Connecting to ‘Real People’ 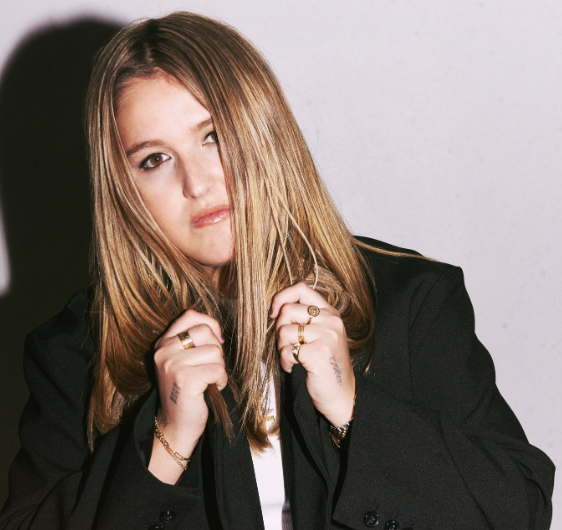 David O'Donohue
Last fall, singer-songwriter Chelsea Cutler opened for longtime friend and collaborator Quinn XCII at a packed Jacobs Pavilion at Nautica, but the tour that brings the 25-year-old to House of Blues on Saturday will represent her first headlining show in Cleveland.

She couldn't be more excited.

“We’re in a time where so much relies on data and numbers, and we have so many different metrics to measure everything going on in the music industry right now,” says Cutler in a recent Zoom interview. “I think for me, what’s the most important is seeing real individual people resonating — real people to whom this music means something. To me, there is just no greater fulfillment than getting out in front of real people and connecting and having those moments together.”

Cutler’s favorite song to play live from her sophomore full-length, When I Close My Eyes, is the exuberant pop number “the lifeboat’s empty!,” one of the three bonus tracks only featured on the deluxe version of the album.

“I thought there was something really interesting about the fact that the Titanic sent so many lifeboats off without filling them completely. To me, that was a really interesting way to represent a failing relationship,” says Cutler when asked about the tune. “Clearly, there’s something tangible you could have done to save more lives, and I think that’s really representative of like, there are so many times a relationship fails because people aren’t doing the easy, tangible things.”

“Walking Away,” another song that details a failing relationship, was written and produced by Cutler alone.

“I rented this little studio in the town where my parents live, just so I was able to get away from them and work while I was quarantining with them,” says Cutler. “I don’t even totally remember how that song came about, other than I was sitting, messing around with a guitar I bought and that little intro lick, and I kind of built it up, really in one day.”

Ever since she left college to pursue music full-time, the Connecticut native has been widely known and respected for her ability to write about heartbreak in a unique, personal and heart-wrenching way that's backed by innovative production. That, paired with her soft but strong vocals, became her identity, but Cutler is fighting to diversify her catalogue and not box herself into exclusively making sad girl songs.

“Someone Else’s Heaven” is an upbeat, glass-half-full anthem that adds an element of blaring optimism to When I Close My Eyes.

“I think a lot of growing up is realizing how fortunate you are to have what you have —particularly the people you’re surrounded with — and be in the position you are,” says Cutler. “I just wanted to branch out into different stuff and not necessarily be writing about heartbreak. I wanted to write about some of the other things that I was experiencing. I think that’s a huge part of the human experience, recognizing how fortunate we are.”

Cutler also explores the darker side of the human experience on her sophomore album. “Devil On My Shoulder” describes depressive episodes in depth.

“There’s such a really positive movement in general around mental health in the last few years, and I think it’s becoming way more universally acknowledged that it’s really important for us to talk about it and be open about it,” says Cutler. “I really do think that writing about my mental health has been more for me than anyone, and it’s really awesome that it was able to help normalize these conversations.”

When I Close My Eyes also offers love songs like “Under,” “You Can Have It” and “Forever.” These tracks deep dive into the blissful side of a relationship that’s working.

“Writing about love on [When I Close My Eyes] was really my first attempt at doing it for the most part. For me, it was more about just exercising that muscle and learning how to do it; I wasn’t as worried about the outcome as I was just pushing myself to try something new. So, hopefully they were okay,” Cutler says. “But I think writing about love is kind of corny no matter which way you put it.”

According to Cutler, one of the main differences between her debut album, How To Be Human, and When I Close My Eyes is that she felt more of a sense of camaraderie while making her sophomore full-length. Much of the album was written in a cozy house in Newport, Rhode Island with Quinn XCII and writer-producers Ayokay and Hazy Eyes.

“I personally have found it to be a lot easier [collaborating with friends],” says Cutler. “You trust the people you’re in the room with and they get you, and you’re able to dig deep and have really vulnerable conversations. I think that lends itself to having a good project.”

Cutler also has two joint EPs, brent and brent II, out with fellow singer-songwriter Jeremy Zucker, multiple features with Quinn XCII, and fan-favorite songs with Alexander 23, Noah Kahan and the Band Camino under her belt.

This summer, in between legs of her tour, Cutler, who has amassed an impressive 7,650,000 monthly listeners on Spotify, finished her third album. She has been teasing her new song “Men On the Moon” to her eager TikTok followers.

“Sonically, I was just trying to push myself to make music that sounded more organic,” says Cutler of her unreleased third full-length. “I think ‘Devil On My Shoulder’ is a song that would fit really well onto album No. 3 if I had to describe it that way. It was more inspired by sonic influences than by any particular themes or lyrics; sonically, [I'm] just trying to look forward and grow.”
© 2023 Cleveland Scene