Here's the Only Explanation You Need About The Onion's 'Greatest Brief Ever Filed,' Done on Behalf of Dude From Parma

In defense of parody 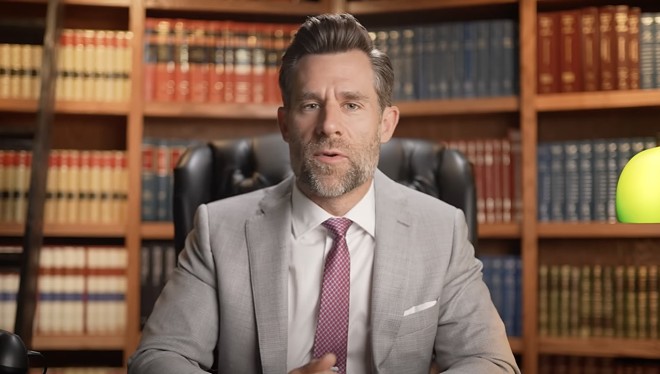 LeageEagle YouTube
The Onion rides to the defense of Parma Man

The humor website The Onion filed an amicus brief before the U.S. Supreme Court in October in defense of the very concept of parody, and perhaps as no surprise, the legal document is a hilariously meta must-read.

LegalEagle has the only summary you need to watch. Our coverage below that, for those of you who prefer to read.


The 18-page filing contains plenty of the searing satire the Chicago-based news website is known for, opening with claims that “The Onion is the world’s leading news publication, offering highly acclaimed, universally revered coverage of breaking national, international, and local news events” before veering into the history of parody and poking fun at the very form of a legal document, including “a paragraph of gripping legal analysis” written entirely in Latin.

The document is easily the funniest legal document we’ve ever read, but the reason The Onion filed the brief is no laughing matter. Amicus curiae briefs, or “friend of the court” briefs, are filed by an entity with a strong interest in or views on the subject matter of an action, though not a party to it. It was filed to urge the U.S. Supreme Court to take up the case of Anthony Novak, a man from Parma, Ohio who spent four days in jail over a Facebook page he created in 2016 that mocked a local police department.

Novak’s page included posts about how the police planned to ban city residents from feeding homeless people in “an attempt to have the homeless population eventually leave our City due to starvation,” among other ridiculous claims. The police did not find the page funny, but as the brief argues, parody does not need to be funny to be protected free speech. “Indeed, ‘Ohio Police Officers Arrest, Prosecute Man Who Made Fun of Them on Facebook’ might sound like a headline ripped from the front pages of The Onion,” it said.

While a jury found Novak not guilty, Novak sued the department, arguing it violated his civil rights. A U.S. appeals court backed the police, and last week, Novak appealed the case to the U.S. Supreme Court.

Enter The Onion. Or as the document states, “The Onion cannot stand idly by in the face of a ruling that threatens to disembowel a form of rhetoric that has existed for millennia, that is particularly potent in the realm of political debate, and that, purely incidentally, forms the basis of The Onion’s writers’ paychecks.”

The document was created with the help of The Onion managing editor Jordan LaFlure, along with attorneys Steve van Stempvoort and D. Andrew Portinga from the Grand Rapids law firm Miller Johnson.

“One of the points they wanted to make is that if you’re a comedy writer, you can’t tell people you’re going to tell them a joke before you tell them a joke,” Portinga told The New York Times. The brief’s chapter headlines include “Parody Functions By Tricking People Into Thinking That It Is Real” and “It Should Be Obvious That Parodists Cannot Be Prosecuted For Telling A Joke With A Straight Face.”

It ends with this zinger: “The Onion intends to continue its socially valuable role bringing the disinfectant of sunlight into the halls of power. … And it would vastly prefer that sunlight not to be measured out to its writers in 15- minute increments in an exercise yard.”