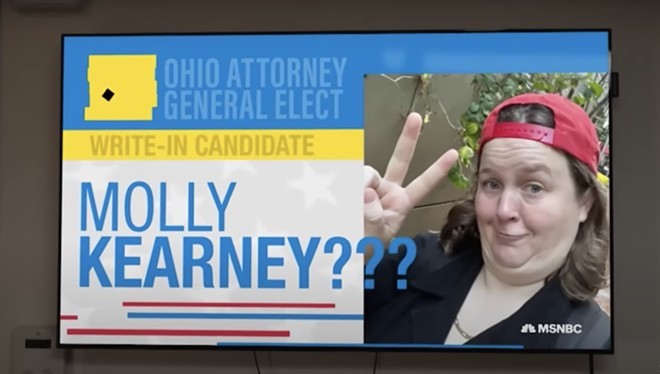 If Ohio's midterm elections weren't comical enough — what with the unconstitutionally gerrymandered Republican-drawn congressional map and all — Saturday Night Live has taken to spoofing the Buckeye State's race for Attorney General in a new video.

Produced by comedy trio Please Don't Destroy and featuring new SNL cast member Molly Kearney — the first out, non-binary SNLer and a Cleveland native — the skit looks at what would happen if Kearney won the write-in vote after tweeting, "I lowkey feel like I'd make a good Ohio attorney general. LMAO!!!" (They didn't tweet this, but the way the platform is trending after Elon Musk's ham-handed takeover, it wouldn't be surprising.)

But watch below to see what would happen if Kearney had captured the AG seat, and gained a "camera-ready Christian family."