Group will do an in-store signing on Nov. 25 in Niles and play the Westside Bowl in Youngstown on Dec. 23 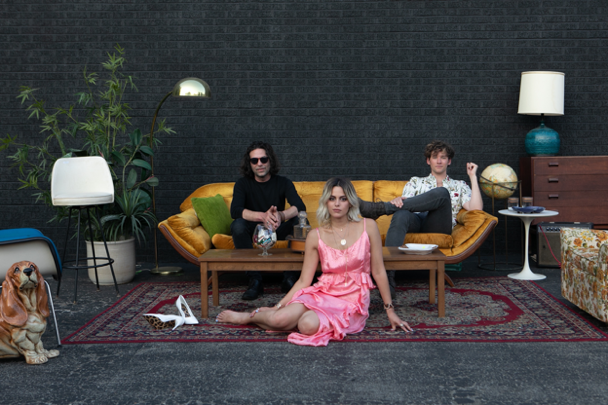 Cusano Photography
The Vindys.
Youngstown’s the Vindys just announced that they'll release a special vinyl edition of their album Bugs on Friday, Nov. 25.  The band will also appear at an in-store signing at 10 a.m. that same day at Record Connection in Niles. The signing will feature a special acoustic performance too.

And in honor of the release, the Vindys will release a music video for the album’s title track, which was mixed by Ryan West (Rihanna, Eminem, Jay-Z).  Metaphorically, “Bugs” is about the things that keep singer Jackie Popovec awake at night, but the video was inspired by her real-life experience of finding 10,000 yellow jackets behind the walls in the ceiling of her bedroom.

“We took this literal story and made a sort of inception-like dream within a dream music video where I fall asleep and wake up to insects (the Vindys band members) disturbing me," she says in a press release. "The video follows a spiraling wonderland into several scenes before waking up and realizing it was all a dream.”

Next month, the Vindys will perform on Friday, Dec. 23, at the Westside Bowl in Youngstown.
Coming soon: Cleveland Scene Daily newsletter. We’ll send you a handful of interesting Cleveland stories every morning. Subscribe now to not miss a thing. Follow us: Google News | NewsBreak | Instagram | Facebook | Twitter
© 2023 Cleveland Scene