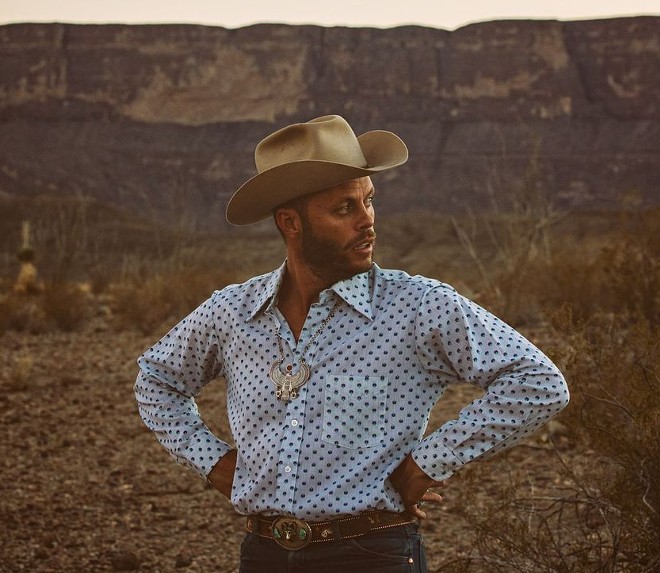 Chloe Moriondo
This Detroit native started out by just plucking away on the ukulele and guitar in YouTube videos filmed in a bedroom. Thanks to appearances on Jimmy Kimmel Live! and The Late Late Show with James Corden, Moriondo’s profile has risen. The artist’s latest effort, Suckerpunch, includes jittery synth-pop numbers like “Fruity” and “Celebrity.” The singer-songwriter performs at 8 tonight at the Beachland Ballroom. Dreamer Isioma opens.
15711 Waterloo Rd., 216-383-1124, beachlandballroom.com.

Sorry
This indie rock band worked with Portishead’s Adrian Utley to complete its latest album, Anywhere but Here, an attempt to merge the sound of classic '70s songwriters while addressing feelings of anxiety and isolation. Songs such as the title feature angular guitars that speak to the uncertainty of the past two-and-a-half years. The group performs tonight at 7 at Mahall's 20 Lanes. Tickets cost $13.
13200 Madison Ave., Lakewood, 216-521-3280, mahalls20lanes.com.

Ryan “Dr. F.” Farrell Recital
When the pandemic shut down touring, Mushroomhead's Ryan "Dr. F." Farrell went back to college to finish his Bachelor's degree in Music Composition at Cleveland State University. After finishing his Bachelor's, Farrell decided to get his Master's degree as well and "capitalize on the COVID downtime." Having finished his degree, his recital in composition for the Master of Music degree takes place at 7:30 tonight at Waetjen Auditorium on the CSU campus. Admission is free, and it's open to the public.
2121 Euclid Ave., 216-687-5018, csu.edu.

Tim Mirth's Guitar Band
Inspired by both John Coltrane and Jimi Hendrix, local guitarist Tim Mirth recently released a live album featuring tunes by his former band Stellar Regions. The release even received a nice write-up in nice write-up in Psychedelic Baby magazine. Though that group has since dissolved, Mirth has recently formed a new group simply dubbed Tim Mirth's Guitar Band. The group performs tonight at 8 at the Bop Stop, and Mirth says a few Stellar Regions tunes will make their way into the set.
2920 Detroit Ave., 216-771-6551, themusicsettlement.org.

Mat Kearney
Singer-songwriter Mat Kearney began his music career after taking a trip to Nashville. He started just covering songs but discovered his real talent was writing and performing his own. He brings his acoustic tour to the Kent Stage tonight at 8.
175 E. Main St., Kent, 330-677-5005, kentstage.org.

Trans-Siberian Orchestra
This year’s Trans-Siberian Orchestra tour will feature an updated presentation of Ghosts of Christmas Eve for the show’s first set. The second set will feature an assortment of other TSO hits. Expect the usual quotient of lasers and pyro during the highly theatrical performance. The veteran prog-rock act performs at 3 and 8 p.m. today at the Covelli Centre in Youngstown.
229 East Front St., Youngstown, 330-746-5600, covellicentre.com.

Charley Crockett
"I'm Just a Clown," a single from The Man from Waco, the latest effort from alt-country singer-songwriter Charley Crockett, finds Crockett backed by spirited horns as he talks his way through the swinging tune. Expect to hear it and other tracks that draw from America's rich folk and country traditions when Crockett performs tonight at 7 at House of Blues.
308 Euclid Ave., 216-523-2583, houseofblues.com.

An Evening with Harry Connick Jr.
The popular singer, pianist and actor brings his Holiday Celebration tour to town tonight. Expect to hear his take on Christmas tunes such as “(It Must've Been Ol') Santa Claus” and “When My Heart Finds Christmas" when he performs tonight at 8 at the State Theatre.
1519 Euclid Ave., 216-241-6000, playhousesquare.org.

Papadosio
Ohio natives Papadosio have carved out a reputable niche in the jamtronica scene, and their arrival in Northeast Ohio is always welcome. These shows at the Masonic will celebrate the 10-year anniversary of To End the Illusion of Separation (commonly referred to as T.E.T.I.O.S.). Expect the band to play the album, which the band has just reissued on vinyl, from start to finish when it performs at 7 tonight and tomorrow night at the Masonic. Aqueous and Vibe & Direct open tonight’s show; Daily Bread and Barefuzz open tomorrow night’s show. Two-night passes are available.
3615 Euclid Ave., 216-881-6350, masoniccleveland.com.

Ali Gatie
Iraqi–Canadian singer Ali Gatie, who effortlessly fuses R&B and pop, secured a record deal with a major label in 2018 after releasing a series of successful singles. Gatie recently re-released his early singles on Who Hurt You?, a 23-song collection that shows his musical evolution. He performs tonight at 7 at House of Blues.
308 Euclid Ave., 216-523-2583, houseofblues.com.