Is Being "Authentically Catholic" the Ultimate Credential for Teaching High School?

Morals of the story 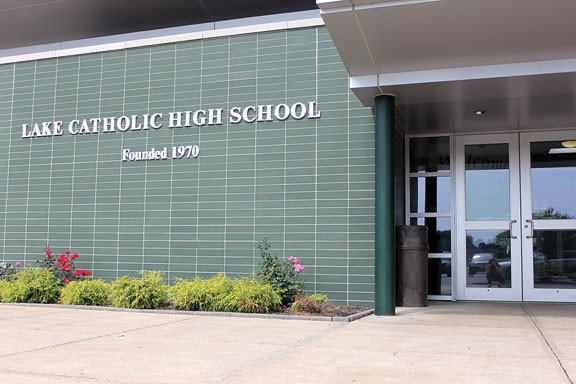 Here's a harmless conversation starter for the dinner table: How will the Cleveland Catholic Diocese's "morality clause" impact its ability to hire quality educators?

The so-called "morality clause" was a key (but surprisingly non-controversial) component within the contract recently agreed upon by the Diocese and the 195 members of the Cleveland High School and Academy Lay Teachers Association (CHALTA). That union exists at the pleasure of Bishop Richard Lennon. The contract is negotiated every three years and signed by faculty members annually. Elementary school teachers agreed to the same terms last year.

The clause in question itemizes those moral behaviors to which teachers are expected to adhere. They can't publicly support abortion, for example. Nor can they support in vitro fertilization, artificial insemination, or the "so-called homosexual lifestyle." They certainly can't get abortions.  They can't unlawfully use drugs, be "seriously dishonest," view or share pornography, support "transgenderism" or exist in a state of marriage not officially sanctioned by the Roman Catholic Church. Cohabitation and sex outside of marriage are also, of course, strictly prohibited, as is membership in any organization "whose philosophy is in any way contrary to the ethical or moral teachings" of the church.

So it's a pretty detailed clause. On that last item, various interpretations might preclude faculty members from participating in Dungeons & Dragons or other tabletop gaming groups -- on this topic, Christian debate rages online -- or even in neighborhood yoga classes. A crotchety bishop in Nebraska last month urged the readership of a Catholic women's magazine to find other forms of physical exercise, as yoga's ancient Hindu origins and emphasis on meditation -- to say nothing of yoga pants -- invited demonic attack. (Demons often enter vaginally in Catholicism.)

But in Cleveland, the questions that concern at least some of the current teachers at the five schools under the diocesan umbrella relate to enforcement. Specifically: Will the morality clause be enforced? And how thoroughly? And by whom? And depending on the answers to those questions, is the contract worth signing in the first place?

Is all this high-moral posturing just another example of the church's anxiety about the world's "relentless progress" and the need to insulate itself therefrom? Or is the so-called morality clause actually a prudent legal consideration to avoid costly settlements with high school teachers whose lives no longer accord with gospel values?

These all seem like fair questions, but we mustn't count on answers from the diocese. Communications director Bob Tayek advised Scene that the so-called morality clause had already been in earlier contracts, albeit in less specific form.

"The terms were simply better defined," he wrote Scene in an email, of the so-called morality clause. "It is a provision elementary and secondary teachers have agreed to in their contracts for some time. The diocesan guidelines contain these essential qualifications for a teaching candidate: A person must be of good moral character whose lifestyle is consonant with the teachings of the Catholic church.

"The remainder of your questions," Tayek continued, "are based on assumptions that our school officials say are not borne out of reality."

The remainder of my questions turned out to be the totality of my questions: I asked about standard operating procedure if teachers were found to be in violation of the clause. Would enforcement be left to the discretion of the individual schools or would the diocese be involved? I also asked how strictly the enforcers (whomever they might be) intended to police specific moral breaches. What about teachers in protestant marriages, for instance, or those who'd married divorcees without the imprimatur of an R.C. annulment? And what was the mood of the faculty, to the best of his knowledge? Was there a noticeable divide between older and younger teachers?

When I rephrased my questions to include specific hypotheticals, Tayek said that the Diocese would be sticking with its earlier comment.

Lord knows how all these mysterious school officials were privy to my assumptions, but it's true that principals and presidents don't seem to acknowledge the existence of moral aberrance of any kind at their institutions.

"I don't think I can be of any help to you," wrote David Csank, Principal of Euclid's Villa-Angela St. Joseph. "You are asking for responses to situations we are not experiencing at all, so I really would not be able to provide any insight."

Csank was the only principal who responded by phone or email to the six questions I posed regarding the morality clause. Again, the questions related to enforcement, faculty sentiment and parent and student awareness.

Karl Ertle, however, President and Principal of Walsh Jesuit in Cuyahoga Falls and former President and Principal of Cleveland Central Catholic, promptly responded to my questions by phone and email, hours before his school's baccalaureate. Ertle is also a former St. Ignatius High School administrator. He said, somewhat unexpectedly, that in his six years at CCC (2004-2010), there was never one instance when a faculty member was living outside the teaching of the Catholic Church.

"I was never aware of any, nor was one ever brought to my attention," he said. "As at Walsh Jesuit, I was blessed to work with some truly wonderful people."

On the flipside: Mike DeSantis, who's been president of CHALTA for 17 years, said that he could guarantee that at each of the five diocesan high schools -- Cleveland Central Catholic, Elyria Catholic, Holy Name, Lake Catholic, VASJ -- there was at least one instance of a teacher cohabiting (just for example).

"But it's not a witch hunt," he said, in a phone conversation. "If it were, I would've had a lot more cases."

DeSantis said that since he's been president, there has only been one teacher termination for a morals violation.

"And the guy was arrested," DeSantis said. "It was pornography and stuff like that. The clause doesn't say you can't have your own beliefs. You just can't get up in front of the classroom and promote them. If I had said that abortion was acceptable, that it was an acceptable form of contraception, I would be in the same trouble five years ago as I would be now."

As such, DeSantis said, there wasn't a whole lot of controversy when CHALTA voted on the contract earlier this year. There was some concern among members about gay relatives, though.

"That was one of the things we got clarified [by our attorney and the Diocese]," DeSantis said. "Because we wanted to know, could we go to a gay wedding ceremony? And the answer is yes. There's no problem with my going to the ceremony. Now, if I come out and say something positive in the classroom, that's an issue. But that was a misconception."

So why the hullabaloo now?

DeSantis said that because the contract is on a three-year cycle, this is the first time new, young teachers have experienced the negotiations.

"But our view is, they're spelling out exactly what they expect of us. Our teachers now have a better understanding of what was expected of them in the past. The people on our board look at it as a way of clarifying, of giving them more knowledge."

It's also a legal linchpin because it prevents dismissed faculty members from suing the Diocese for discrimination (more on this in a moment). That happened in 2013, down in Columbus. Carla Hale, a physical education teacher was dismissed when the name of her female partner was published in her mother's obituary. After Hale leveled an official complaint, and petitions and protests were organized on her behalf, she settled with the Columbus Diocese outside of court. Financial terms were never disclosed.

But with the expanded contract language in Cleveland, no longer can terminated teachers claim that they "had no way of knowing" that supporting [the moral violation of your choice] was a fireable offense.