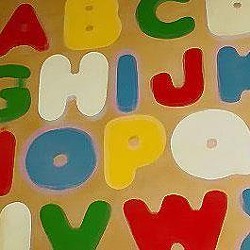 Twitter
Clevelander Chris Andrikanich was preparing to go about a normal Monday at work at Gray & Company yesterday when suddenly his Twitter account @alphabet exploded with thousands of mentions: Google had dropped the news it was restructuring and launching a new company, Alphabet.

“It’s crazy. It’s nerve-racking. It’s entirely unbelievable,” Andrikanich, who's mouthful-of-a-name earned him the nickname 'Alphabet' during his Ohio University years, told BuzzFeed yesterday. “I’m just going about my day and picking up my daughter and I’m getting contacted by media and tweets are going crazy. It’s surreal.”

Via Alex Kantrowitz of BuzzFeed:

At the time of the announcement, Andrikanich was sitting at work at his job at a small local-interest book publisher when he saw the tweets start pouring in. “They were coming one after another,” he said.

At first, he had no idea what happened, but one of the early tweets linked to a story about the Google restructuring, so Andrikanich quickly caught on. Instead of staying glued to the computer screen watching the mentions come in, as any mere mortal might do, Andrikanich left the office to pick up his daughter, but typed out this message before walking out:


Well, that was an interesting way to end a Monday...

Update: 12:35 p.m.: Andrikanich told Scene that as of noon today he hadn't yet been contacted by Google or Alphabet about obtaining the handle, but that he'd be open to offers.

He also said the hubbub on Twitter hasn't died down at all.