That's not surprising, perhaps, given that he lives in Westerville with his wife Ellie Harvey, a Lucas, Ohio, native. But Day publicized his preferences in a Wall Street Journal Magazine Q&A, where he was profiled along with two other top young golfers: Jordan Spieth and Rickie Fowler.

The issue can be purchased at bookstores and newsstands (and should be on display at luxury hotels and condos) now.

Day was terse and to-the-point in most of his answers — Favorite Band? "Coldplay"; Typical Snack? "A Probar" — so his responses about his favorite drink and restaurant seemed almost grandiloquent by comparison.

"I never miss the chance to order a Moscow Mule at the Society Lounge in Cleveland," Day remarked, when asked about his favorite cocktail.

And he didn't stop there with the E. 4th pimpage. His "go-to" restaurant will be familiar to Clevelanders as well:

"Definitely Lola in Cleveland," said Day. "Michael Symon is the chef-owner. The food is delicious." 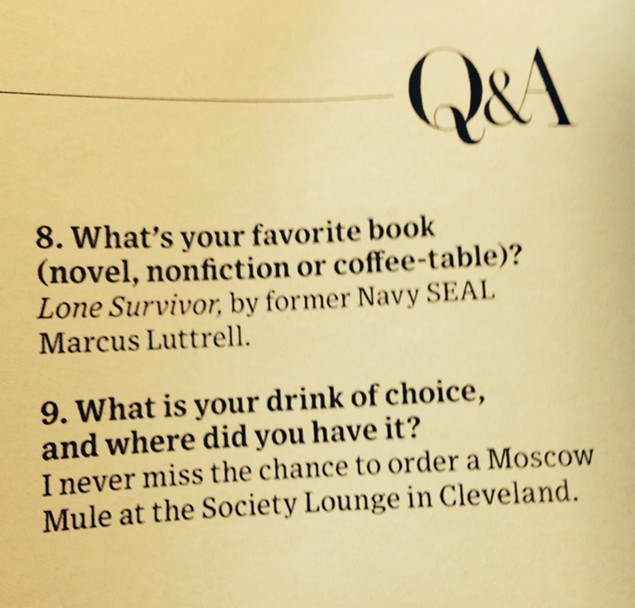