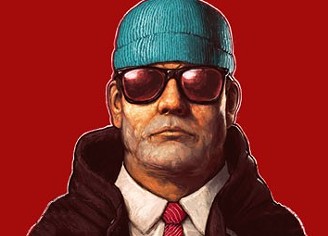 Larry Gore, the Brunswick bandit and former Allstate agent chronicled in a November Scene magazine cover story, has pleaded guilty to robbing four banks in 2014 and 2015.

Gore was charged with 18 counts all told, including nine counts of robbery; four counts of burglary; three counts of "possessing criminal tools"; and two counts of theft of a license plate. Gore's lone aggravated robbery charge, a first-degree felony, was reduced to plain-old robbery, a second-degree felony charge, in a plea deal.

The Medina County Court of Common Pleas will sentence Gore on April 11, and the state will likely ask for a 12-year prison sentence. (That's a lot better than the 40 to which Gore could've been sentenced, assuming he received the maximum consecutive prison term for his crimes).

Gore has been in the Medina County Jail since his arrest last March. He was apprehended immediately after a robbery attempt at a FirstMerit in Columbia Station. Police had been tracking him via GPS. They'd obtained a warrant after detectives found a discarded license plate cover and reconstructed Gore's license plate underneath based on dirt marks on its backside.

Gore's lawyer, David Sheldon, mounted a defense based on the inadmissibility of his client's self-incriminating comments to police.