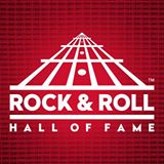 Those darn Republicans have booked the Rock & Hall of Fame for private events that take place in the evenings during the RNC. During the day, however, the Rock Hall will offer free admission to the general public from 10 a.m. to 3 p.m. thanks to a sponsorship deal with AT&T. The week of free admission begins on July 17 and concludes on July 21.

“AT&T has been part of the Cleveland community for over 100 years and has a long history of working with local institutions and we’re thrilled to work with the Rock & Roll Hall of Fame,” says Adam Grzybicki, President, AT&T Ohio. “It is our hope that as many visitors as possible can visit the museum and see first-hand what a unique institution it truly is.”

AT&T will also co-sponsor the upcoming Louder Than Words: Rock, Power and Politics exhibit that explores music’s power to change “the attitudes of patriotism, peace, equality and freedom.” The exhibit opens on May 20 at the Rock Hall.

“As the world’s eyes focus on Cleveland, it’s the perfect time for us to explore music’s powerful role in politics,” says Greg Harris, president and CEO of the Rock and Roll Hall of Fame. “‘Louder Than Words’ highlights how artists have used rock and roll as a platform to express their views and shape public opinion from Aretha Franklin and Bob Dylan to Lady Gaga and Kendrick Lamar.”