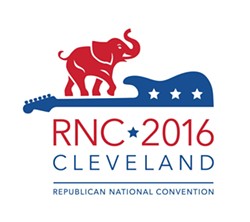 Update: Via Andrew Tobias for Cleveland.com: David Gilbert issued a statement saying that the letter to Sheldon Adelson contained inaccurate information. It was sent on short notice and was therefore not reviewed by the RNC Host Committee's four chairmen, though it contained their signatures. And it incorrectly referred to expected contributions from major donors as "pledges."

The RNC Host Committee, desperate for last-minute funds, has sent a letter to Republican mega-donor Sheldon Adelson, he of the Las Vegas Sands, to single-handedly fill a $6 million shortfall.

Anxiety about presumptive Republican nominee Donald Trump has made traditional donors skittish, and though Host Committee Chair David Gilbert and co. got off to a strong start on the fundraising front, it's been impossible to secure the $64 million the Host Committee promised ever since Trump locked up the nomination.

David Gilbert, Sherwin-Williams' Chris Connor and Eaton Corp's Sandy Cutler co-signed the letter to Sheldon Adelson and his wife Miriam — this was reported by Politico, who obtained a copy. The letter said that David Koch, Pepsi, Coca-Cola and FedEx have all backed out of major contributions.

It's contents are not lacking in cajones, that's for sure:

“We would greatly appreciate if you would consider a $6,000,000 contribution to the Cleveland 2016 Host Committee to help us cross the finish line,” the letter says. “Your support will allow our community to meet its obligation to the RNC, and will ensure our Republican nominee has the best possible platform to lay out his conservative case for our nation.”

The letter was dated July 12, less than one week before the convention is set to begin.

If Adelson doesn't foot the bill, maybe Trump himself ought to?

If Trump really had $10 billion, picking up this tab would be like me buying a low-end bicycle https://t.co/BIdt329TIR