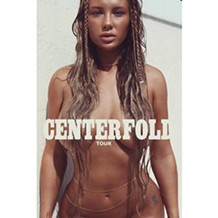 A rarity in today’s world in which pop singers use songwriting teams and outside producers, Chicago-born, Florida-based singer Niykee Heaton writes her own music and produces most of her own beats. Last year, Heaton sold out her first North American headline run without the help of a radio campaign.

But she's no longer unknown. Her latest single,“Bad Intentions,” has been certified gold, turning her into an overnight sensation.

Heaton has just announced she’ll launch her Centerfold tour on October 6 at Georgia Theatre in Athens, GA. She's even created a provocative poster for the jaunt. The tour comes to House of Blues on Nov. 15.