It's official: attending a World Series in Cleveland is a perfectly logical and reasonable excuse to skip a college class. Here's real-life proof.

After his dad got him World Series tickets, Ohio University student and avid Cleveland Indians fan Charles Turner had to choose between going to Geology class with the strictest professor of all time or the Indians game.

He chose both, sort of.

He stopped by class and swiped his ID card to register his attendance and then got the hell out of dodge and up to Cleveland for the game. The problem? The professor took attendance at the end of class and despite swiping in, Turner was nowhere to be seen.

This is what happened next, via Uproxx. 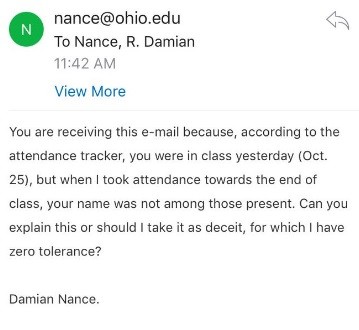 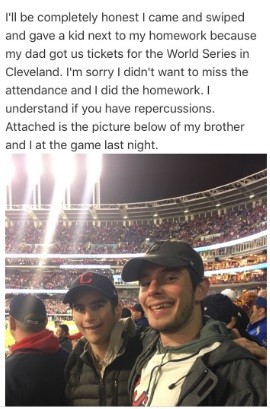 We commend Turner just for even taking the time to make the first swipe.