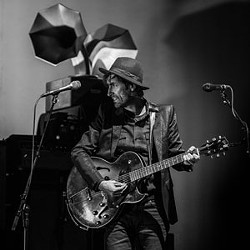 Tanner Morris
Singer-songwriter Andrew Bird originally learned to play the violin by ear. While in high school, he spent hours practicing and refining his ability to play the instrument. He can still remember how much time he devoted to practicing.