Crew members estimate filming for the new production will run between Sept. 18 and Oct. 13, with the action movie possibly hitting theaters late next year.

Escape Plan 3, obviously the third of its kind, is part of an action-packed series centered around a prison break — as seen in the first Escape Plan starred Arnold Schwarzenegger (the second installment has yet to be released). So the reformatory is a natural filming location. 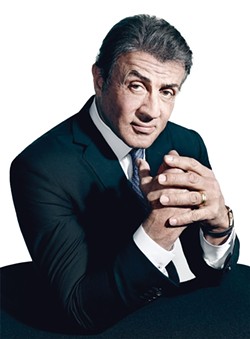 photo via Sylvester Stallone/Facebok
For Stallone, filming "Escape Plan 3" means a second trip to Mansfield, Ohio.  In 1989, the actor filmed "Tango & Cash," a cop movie, in the Ohio Reformatory.
Filmmakers are also actively searching the city for other places to film, and looking for extras.

But even if you want nothing to do with the film, you should still plan a trip to the reformatory in the fall for one of its many spooky Halloween activities.