5 Concerts to Catch This Weekend in Cleveland 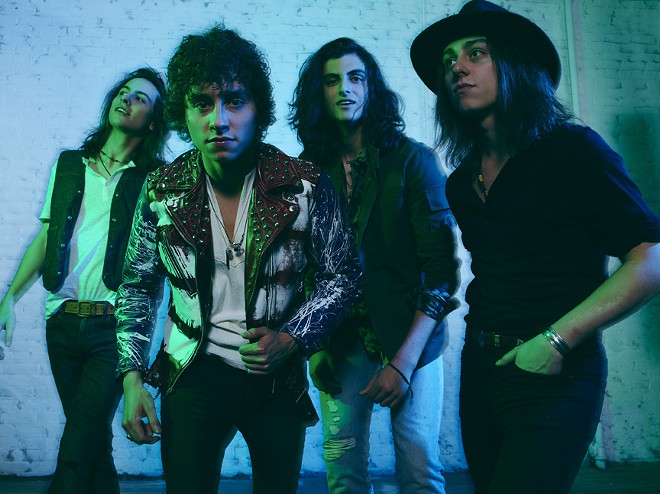 This hard rock band from Frankenmuth, Michigan, has made an impact with its heavy-hitting debut, Black Smoke Rising. The disc features Zeppelin-inspired guitar riffs and howling vocals. "Flower Power," a tune that benefits from a bit of organ, has a distinctively '70s swagger to it. The band had planned to follow up Black Smoke Rising with two more EPs, but the band says it now plans to produce a full-length. These guys legitimately can claim to be rock's next big thing. (Jeff Niesel) 9 p.m., $10. Grog Shop.

More than a year and a half after the release of A Head Full of Dreams, Coldplay is still touring behind its most recent album. Rolling into town tonight, the British rock act will no doubt play many of that record’s syrupy electronic-heavy tunes — including the massive (but let’s be honest, totally ridiculous) hit “Hymn to the Weekend” — to the delight of many of its fans. And while the act is probably exhausted from touring the world (it’s tough out there for rock stars), don’t expect frontman Chris Martin and crew to let up on the energy while in Cleveland. The tour features an enormous set, neon lights galore and, of course, plenty of piano. (Laura Morrison), 7:30 p.m., $29.50-$169.59. Quicken Loans Arena.

Band members Emily Saliers and Amy Ray have a friendship that goes all of the way back to elementary school and were already working on their first songs together by high school. Some 30 years ago, they then independently released their first single, “Crazy Game,” and launched a successful career as folk singers who're known for their pristine vocal harmonies. (Niesel) 7:30 p.m. Akron Civic Theatre.

The prog rock act Yes was finally inducted into the Rock & Roll Hall of Fame earlier this year and this summer tour serves as a victory lap. Dubbed YESTIVAL, the show will feature Yes performing a set list of greatest hits from all of the band's studio albums up to 1980. YESTIVAL will also feature special guest Todd Rundgren and an opening set from Carl Palmer's ELP Legacy, a group that pays tribute to the music of ELP, which featured the late Keith Emerson and Greg Lake. (Niesel)  7 p.m. Jacobs Pavilion.