'I Do ... Until I Don't' is Pro-Commitment at a Time When it's Trendy to be on Tinder 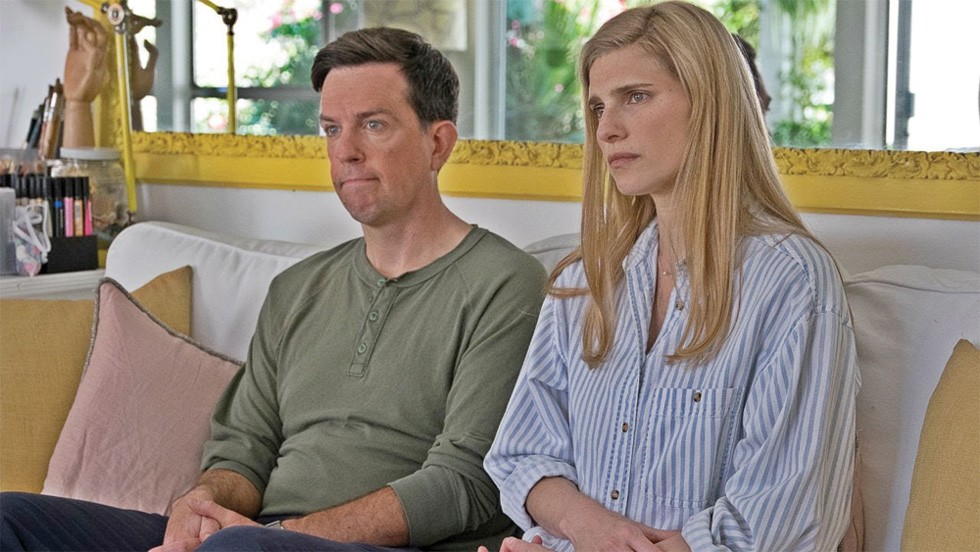 Writer-director Lake Bell says the concept for I Do ... Until I Don't, her new indie comedy opening at the Cedar Lee Theatre, came to her years ago. Bell stars as Alice, a woman struggling to make her marriage work with Noah (Ed Helms), a salesman on the verge of bankruptcy.

"This movie is deeply personal and based on my own reflections and investigations about the subject of marriage and committed relationships," she tells Scene via phone from Los Angeles. "I started from a place that was more cynical."

She says she was initially more like the film's antagonist Vivian (Dolly Wells), a documentary filmmaker out to debunk the concept of marriage as a lifetime commitment. Vivian thinks a marriage should simply be a 7-year contract (with the option to renew).

In her portrayal of Alice, Bell had to tap into her insecurities. A frumpy, blundering woman who obsesses over her hair, Alice puts aside her ambitions to work in advertising so she can help Noah run his foundering business. On top of that, they're struggling to conceive a child. All that makes her so vulnerable that she signs up to be a part of Vivian's documentary movie/study without really considering the consequences.

"She definitely apologizes for the space she takes up," says Bell when asked about the character. "That has a lot to do with the confidence she has in her relationship and the insecurities that have festered over the years. She's deeply honest, and she's a little lame, and she's still finding her voice. She and Noah have been together for so long —since they were kids — that parts of their relationship and the way they communicate have atrophied."

The other couples in the film — Alice's hippie sister Fanny (Amber Heard) and her New Age-y significant other Zander (Wyatt Cenac), and empty-nesters Cybil (Mary Steenburgen) and Harvey (Paul Reiser) — have their share of troubles too. Eventually, their paths all intersect, courtesy of Vivian, who hires them to participate in her film. Ultimately, however, they aim to prove Vivian wrong.

"The movie is pro-commitment at a time when it's trendy to be on Tinder and date someone for five seconds," says Bell. "It's more provocative and neo-traditionalist in that way. At the end of the day, I love the institution of commitment based on providing such an opportunity to have a shared witness and shared experiences as you go through darkness and lightness."