Westlake Police on Lookout for Zoup! Thief, Want to Yell 'No Soup For You' 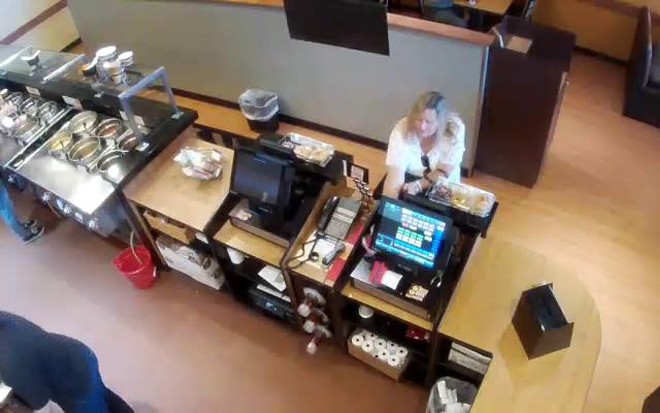 Photo courtesy Westlake Police Department
During Sunday's lunch rush at Zoup! in Westlake, one shady, soup-obsessed customer complained to an employee her meal wasn't up to snuff.

When the Zoup! worker promised to go remake her food, the woman allegedly took the opportunity to reach behind the cash register and steal a few $25 customer loyalty cards, Westlake police said.

The same woman, who police have yet to identify, also allegedly got away with with a similar theft at the Zoup! back in 2015.

Capt. Guy Turner told News 5 that “We would like to say ‘no soup for you,' to her. Followed by 'you have the right to remain silent.'"