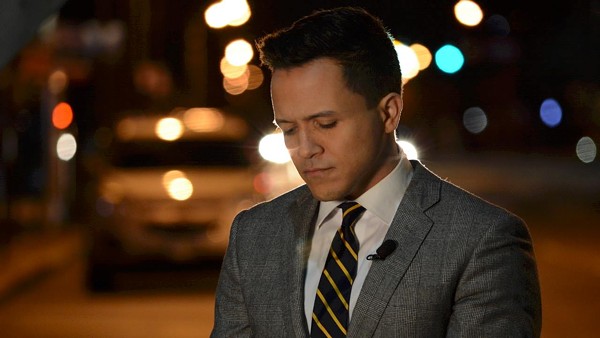 Facebook: @DerickWaller
Derrick!
News Channel 5 reporter Derick Waller has announced that Friday will be his last day at the station. After two years in Cleveland, Waller posted to Facebook, it's time for a hiatus.

"I'm going to take some time off, do a little traveling, maybe relax on the beach," he wrote. "And I promise I'll have something else exciting to announce real soon."

Waller attended Virginia Commonwealth University and worked at TV stations in both Charlottesville, Virginia, and Raleigh, North Carolina, before coming to Cleveland.

Waller told Scene that he's had the opportunity to report on several impactful stories in the region. One in particular, he said, occurred on a ride-along with the Lorain Police.

"It was a story about the heroin epidemic and within five minutes of being in the cruiser, police rolled up on a woman who had overdosed in her car," he wrote. "We were there for the rescue. I was able to also find the woman a few days later and talk to her. It was eye-opening, and a unique perspective on the crisis."

He said he's also gotten the chance to be a part of Cleveland history: "The Cavs parade last year was really something special to witness," he wrote.

In his post, he said that Cleveland's News Channel 5 was the best newsroom he's ever worked in. He told Scene that he's made many friends in Cleveland, and loves the city and the stories he's covered. He plans to return to the East Coast, at least in part, to be closer to family.