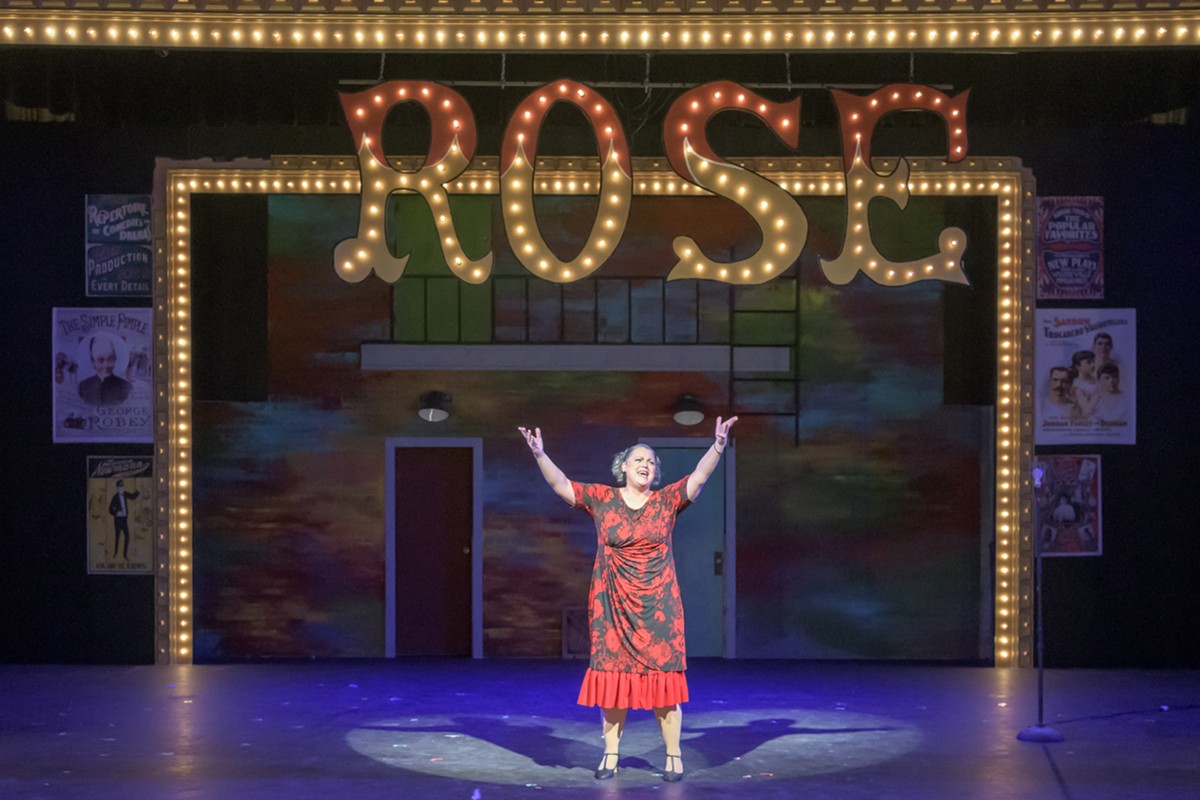 Did you ever wonder why you never see revivals of Funny Girl, the musical that made a global star of Barbra Streisand? Well, one reason might be that the music composed by Jule Styne was so specifically tailored to fit Babs that it makes it difficult for anyone else to step into her shoes in that show. Let's face it, nobody wants to rain on that parade.

On the other hand, Styne wrote many other musicals that featured a similar kind of customized musical style for its lead character — musicals that have been done over and over. The monster example of that is Gypsy, the iconic Broadway fable about a stage mother on steroids and her two little meal tickets, er, daughters.

Initially, the music in that show was targeted to fit the gargantuan lungs of Ethel Merman, who played the central character of Mama Rose when Gypsy opened in 1959. But since then, there have been multiple major revivals starring such diverse performers as Angela Lansbury, Tyne Daly and Bernadette Peters. They all gave different but distinctive portrayals of the mother who would let nothing stand in the way of success.

This is the challenge for anyone taking on that role, and in this production at the Beck Center that task is only partially realized. What's missing is the nuance that is so well developed by book author Arthur Laurents and lyricist Stephen Sondheim.

The musical — as everyone knows but I'm explaining here because, of course, everyone doesn't know — is based on the true story of the two sisters who grew up to become renowned theater pro June Havoc and the acclaimed stripper Gypsy Rose Lee. They grew up as Baby June and Baby Louise, while being dragged all over the country by their mother Rose, until they finally started making it big on the vaudeville circuit.

As the play delineates, the super star at the time was adorable Baby June (played with pluck at different ages by Calista Zajac and Gigi Hausman). Meanwhile, Louise was often forced to dress like a boy and join the backup singers. Part of the genius of the show is that it seems clear that this will be a musical about Baby June as she grows up. But no, by the end of Act 1 grown-up June has hit the road with one of the boys in the act, and Mama and Louise are left alone to figure out their next moves.

This material could hardly be in better hands than those of director Scott Spence, choreographer Martin Cespedes, and musical director Larry Goodpaster. After all, they've combined their impressive individual talents to produce a raft of stunning musicals in the past. This time, however, the results fall a bit short.

To boil it down to its essence, there are two characters in this play who have to absolutely nail their characters and their signature songs: Mama Rose with "Rose's Turn," and Louise with her "Gypsy Strip Routine." But in this production, neither of those characters and musical moments soar as they should.

In the case of Mama Rose, Natalie Blalock has the physical presence and the vocal chops to do the job. But many of her dialog scenes feel rushed, as if she's so focused on the next song that she can't think of anything else. Blalock indeed does a respectable job with the tunes "Some People" and the quintessential Act 1 closer, "Everything's Coming Up Roses."

The lack of attention to detail between the songs eventually drains the energy from her performance. And when it's time for Rose to reveal all her hidden demons in the finale "Rose's Turn," there's not enough dramatic equity to draw upon, leaving that powerful song a bit flat and unaffecting.

As for grown-up Louise (the younger version is played by Grace Thompson), Emmy Brett does a wonderful job of establishing Louise's shy and deferential persona. And her dance number with Tulsa in "All I Need Is the Girl" is magical. Enrique Miguel interprets Cespedes' choreography with fluid grace, and Brett is both charming and sad as she tries to insert herself into his fantasy.

The less-than-talented Louise eventually accedes to Mama's demand and agrees to do a striptease at a cheap burlesque club. After a rocky start, Louise becomes a popular "ladylike" stripper with three names that are not hers: "Gypsy," because it sounds exotic for an ecdysiast; "Rose," because mom insists on it; and "Lee," because the announcer got her first name wrong and it stuck.

But again the crowning moment is missed when, during "Gypsy Strip Routine," Louise is supposed to reveal herself as the completely polished stripper who drove men wild while baring very little. All of Brett's good work should culminate here, but she doesn't exude the confidence and slick skill of manipulation in her concluding strip routine that the real GRL possessed.

Other performances that are handled well include the three cheesy strippers who give Gypsy some tips in "You Gotta Have a Gimmick." Marzeppa (Leslie Andrews), Electra (Tasha Brandt) and Tessie (Leah Smith) ignite some much-needed fun with their cringe-worth strip tricks.

Locally, no other theater does big Broadway productions better than Beck Center. But this time around, their Gypsy drops a few spangles but reveals less than it should.

Jump to comments (0)
« Once Again, the Highs and Lows of 'Next to Normal' are Explored, This Time at Porthouse Theatre   |   As 'Hamilton' Demonstrates, Our Country's Founders Had Their Turn to Fight, and It's Our Turn Now »