A Guide to Recognizing Your Shrinks

Running With Scissors depicts coming of age and coming out in the Me Decade.

By Rob Nelson
Running With Scissors 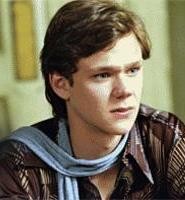 "I guess it doesn't matter where I begin," reasons the adult narrator of Running With Scissors, the inevitable Oscar contender adapted from Augusten Burroughs' wacky memoir of coming out as a gay teen in his adoptive guru's carnivalesque commune. "No one is gonna believe me anyway."

No one? In fact -- or until those equally inevitable lawsuits should happen to settle the matter otherwise -- Burroughs' public has bought his story in a big way: The book has moved roughly a million copies and earned more awestruck reviews than an autobiographer could fabricate. The movie, which Nip/Tuck creator Ryan Murphy has shaped into an enjoyably overwrought ode to the kid's miraculous survival of everything from parental abandonment and pedophilia to bad '70s fashion, works as further proof of a classic Me Decade maxim: That which doesn't kill you makes absolutely fabulous material -- provided that your mother doesn't use it first.

Like the stranger-than-fiction shocker that turned its author's painful adolescence into gold, the Hollywood Scissors starts -- quite purposefully -- with the six-year-old Augusten precociously putting lime-green rollers in Mom's hair, the two drama queens competing for close-ups in the very first scene. Annette Bening may well collect another Academy Award for her inspired turn as Deirdre, the neglectful mother who's ditched by her son on his way to achieving poetic justice. But there's no mistaking the true star of this show. Indeed, it ends with a winking cameo by the real Burroughs, 40 going on 17, literally shoving off the screen the young unknown who plays him in the movie.

Until that climactic "Look, Ma" moment, Burroughs -- played from age 13 to 16 by wide-eyed newcomer Joseph Cross -- serves as the straight man, so to speak, in a comedy where the inmates are running the asylum and the actors are given free rein to ricochet off the walls. Bening reportedly prepared for the role of pill-popping Deirdre by calculating the precise sound of each pharmacological slur right down to the milligram. But even more impressive is her ability to dignify this well-off white woman with her imagined "oppression" and very real struggle to "claim her voice as a woman and an artist" -- to humanize a character that in other hands would look like a vicious satire of '70s New Age feminism. As Dr. Finch, the certifiable professional who diagnoses Bening's blocked writer as having "constipation both literal and subconscious," Brian Cox goes beyond the book's cartoon Santa Claus and scares up something closer to Max von Sydow's exorcist.

Deirdre, floundering in her marriage to alcoholic Norman (Alec Baldwin, the epitome of barely contained rage), dumps the kid in the good doctor's hot-pink shack of a Victorian mansion and the movie's Best Supporting Hams get to work: Gwyneth Paltrow as the doctor's daughter, Hope, dolled up like a Dutch milkmaid and dozing in Dad's "masturbatorium"; Thirteen's Evan Rachel Wood as younger daughter Natalie, using an electroshock-therapy machine to play doctor with Augusten; a weary-eyed Jill Clayburgh as Mrs. Finch, staring blankly at Dark Shadows reruns and munching on doggy kibbles; and Joseph Fiennes as Bookman, the 33-year-old adopted son who takes young Augusten to bed. (One can't imagine how the book's infamous fellatio episode could make it to the screen -- and indeed, it hasn't.) As Augusten, Cross has plenty to do just watching the other actors go nuts, which is fine, because he's playing the author in training, the kid taking mental notes of all this insanity. In a way, this necessarily passive character appears another element of the movie's flamboyant art direction: Augusten's transformation into adulthood is signaled mainly by the turquoise scarf that he starts to wrap around his neck.

Working in the immodestly expressive, every-room-a-set-piece spirit of both auteur Andersons, Wes (The Royal Tenenbaums) and P.T. (Boogie Nights), first-time director Murphy, armed with the best '70s pop that studio money can buy, renders the book's boy-in-a-bubble claustrophobia quite capably -- which has its disadvantages in terms of perspective. Staying indoors, like the characters, for most of the decade, the movie makes nothing of the irony that this adopted child of the freaky-deaky counterculture would find himself in the year of Ronald Reagan's election; maybe Murphy is leaving that satire for the sequel, wherein Burroughs becomes truly special by getting a job in advertising. Still, tone is everything in a dark-comic farce -- the most treacherous American genre for a young director to navigate -- and Murphy pulls it off. Like the book, this deadpan celebration of neurosis makes a valiant effort to repress its comedy -- which of course makes it funnier.