Attacks take refugees back to the bad times.

By Laura Putre
All Over the Guy 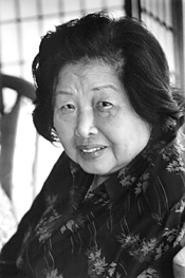 As she watched the twin towers crumble on TV, Mirela Hadzikadunic wasn't reminded of a disaster movie. She was reminded of her life.

Long ago, her blissfully mundane youth was shattered by war in her hometown of Sarajevo. Against a backdrop of explosions and air raids, even the blue brilliance of a clear sky took on an ominous taint.

Now, the New York sky would be tainted, too. "I thought, 'Oh no, I came all the way here, and it's happening again,'" says Hadzikadunic, whose family immigrated to the United States in 1997, settling in Lakewood. "I was crying my eyes out. You try to forget, but it brought back memories."

Shock, grief, and a terrible sense of déjà vu are what many refugees are feeling right now, says Algis Ruksenas, the director of Cleveland's International Services refugee center and a former refugee himself.

"Sometimes it's a quiet kind of trauma," he says. "Often I have heard inadvertently, 'Oh, gee, we have escaped the horror there, now it visits us here.' We had a refugee family due to come here from Ukraine the day of the attacks. They were ready to get on a plane, and they changed their minds."

Since September 11, Hadzikadunic's relatives in Bosnia have called frequently, pleading for her family's return. For the first time, they feel like they're the ones living in a safe place.

"They're scared for us now," she says. "They see the things that are happening. They get all the news. We have to call them every day, tell them we're OK."

Danijela Vujica, whose family settled in Cleveland a few months ago, also grew up in wartime Bosnia. A soft-spoken 21-year-old with delicate features, she says thunder still frightens her, because it sounds like air raids. "It changed me like I can't believe. I'll never be the same."

Besides fear and horror, boredom was also a big part of war, Vujica says. As a teenager, she spent many long days huddled in the basement with her family, listening to sniper fire. They passed the time by reminiscing about fun things they did before the war, like going to the park or the zoo.

Otherwise, there was little to distract them -- no work, no school anymore in her small town. Displaced people from Sarajevo were living in the offices and classrooms. She lost touch with her friends -- except for the ones that her family took in because their parents were dead.

"I kept myself together by being hopeful," says Vujica. "Sometimes, we would be stuck inside for four days, and on the fifth day, we could go outside. The sun was shining, it was a beautiful day, you didn't hear any guns. That was what gave you hope."

Coming to America helped her sleep through the night after years of recurring nightmares. The September 11 attacks scared her, but not enough to make the nightmares return. "Americans don't know what war is like," she says. "They can only imagine it."

Ilham, a refugee from Iraq who requested her name be changed for this story, had no sooner settled in Cleveland two months ago than the planes hit the skyscrapers. Since she doesn't own a TV and is still shy about interacting with Americans, her morning began quite peacefully that day.

Dressed, as usual, in traditional Muslim garb, she and her daughters boarded an RTA bus for Tower City. They were standing in front of the Terminal Tower, waiting for another bus to take them to the refugee agency, when they were approached by an anxious-looking stranger.

"He was concerned about us," Ilham recalls. "Three women with veils. He didn't want us to wait for a bus. He got us into Tower City, he got us a cab, and he sent us here to the agency."

Only later did they learn the extent of the attacks and rumors of anti-Arab backlash.

"We've only experienced kindness from Americans," Ilham says. "Because we've lived these situations before, we feel for the American people. These people who did that attack, they have no religion."

But she has mixed feelings about U.S. retaliation. "Afghanistan doesn't look like a country that can organize that kind of job," she says. Iraqis regard Osama bin Laden as a small-time terrorist, so she's having a hard time envisioning him as a criminal mastermind with countless followers.

"But if he did the job, [Afghanistan] deserves it. The one who did the job should be punished."

Chinese-born Kuo Hua Kuan praises America for its vigilance against Afghanistan. Just as America valiantly drove the Japanese army out of China during World War II, so will it prevail in a war against terrorism.

As a young woman, Kuan worked as a publicist for the Chinese army. From 1941 to 1944, she was stationed at the front lines in her native country, singing inspirational songs and reading wartime propaganda to soldiers. Now, she's a diminutive grandmother in a peachy pink cardigan, sitting in her family's Shaker Heights restaurant.

The daughter of a wealthy newspaper editor, she went on to be a reporter herself. Money helped her family buy passage out of the city of Nanking, days before the Japanese massacre of 370,000 Chinese there.

"There's no time to be scared" is her message to Americans. "With the war against Afghanistan, it's very important that the United States be very confident and optimistic. The ultimate victory belongs to the American people."

Her memories fresher and more bleak, the only thing Hazikadunic knows for sure is that she's not going back to Bosnia, no matter how many times her relatives call.

"What happened in New York is scary," she says. "It shook me and my whole family. But we're going to resolve this. I know we will."