A Tale of Two Beats

In 2003, a rock-music retread ruled techno and a new beginning hijacked hip-hop. 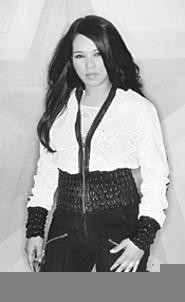 What does it say about the state of beat production that as the Top 40 grows weirder (Kelis's "Milkshake," anyone?), songs that used to pass for normal are the rage of the underground? You know it's a topsy-turvy pop land we live in when the alternative wears the three-piece suit, while the mainstream sports the flashiest duds in the land.

Two particular beats have prominently rocked the nation in the past year. The oddity was that diwali, the experimental dancehall-reggae riddim, racked up monster hits as it diversified hip-hop, blaring out of every stereo; whereas schaffel, a time-tested 4/4 shuffle recently reenlisted by the techno posse of Cologne, Germany, lay deep in the bunker, injecting rock-oriented traditionalism into a music that once ran from such notions.

Even those who are only half-aware musically know diwali or have heard it -- as the handclap-happy sound of hit singles by Sean Paul ("Get Busy") and Lumidee ("Never Leave You"). In American pop, diwali's polyrhythmic drive is without precedent.

Then again, it's not an American creation.

It's the work of Steven "Lenky" Marsden, a 32-year-old Jamaican keyboard player and producer who has helped instigate a dancehall craze nearly single-handedly while assisting Timbaland in smuggling far-Eastern musical influences into the pop mainstream.

Previously responsible for a riddim called "madness," Marsden says that diwali was something he came up with while playing around at his keyboard five years ago. "I was trying to find something new, thinking of that [Russian pianist-composer Sergei] Prokofiev type of keyboard playing," he says. "That's the way I play -- like drums on the keyboard, that polyrhythmic stuff. I wasn't thinking of riddim."

The moniker Marsden gave his creation derives from the name of the Hindu festival of lights, observed during the Hindu New Year. "I did some research on the name," says Marsden, "and one of its meanings is 'the new beginning.'" The name fits the riddim's accent of bhangra, a polyrhythmic Indian folk music that's a hot item in hip-hop and dancehall circles. But it wasn't when Marsden initially tested diwali.

"No one wanted it at first, because no one knew what it was," he says. "I was trying to give it to [vocalists]. They say it was too noisy sounding, so I put it back in my drawer." But after Marsden recorded his DJ Zumjay and a handful of other lesser-known MCs chatting over diwali, Jamaican radio went nuts. In 2002, "Two or three songs hit it big," says Marsden, Danny English & Egg Nog's "Meet Me at the Party" being the standout. VP Records came calling, asking for a diwali production for the next Sean Paul record, and the deal was sealed.

In 2003, the riddim turned into hip-hop's global spice. Marsden approves: "Feels good to know that more people can take that item and extend it over, create more with it. That's the vision I had for it, to be something different."

Schaffel, on the other hand, is hardly something different. It's part of a continuum on a rhythm known as the "shuffle," which has been around since ragtime and the early blues of the late 19th century. Thus, it seems odd that it'd be picked up by techno producers for the purpose of rocking it up. Not so odd, says Marco Haas, a 28-year-old producer who runs the Shitkatapult label out of Berlin and records some industrial-strength schaffel jams under the moniker T. Raumschmiere.

"The electronic crowd wasn't that open to rock-and-roll elements five years ago," Haas says with a smirk. "It was all about 'We don't want this idol shit from rock and roll.' But now, they see that they missed their idols, so they brought the rock-and-roll aspect back to techno music."

Haas can commiserate and laugh at the same time. As a former drummer in a punk-rock band, he was already familiar with schaffel before it became a club rage. "I played the drums, making beats like that," he says. "And then I started doing electronic music, so I just made the same beat with my computer."

For a beat that rocks, Haas says, schaffel has many advantages over most techno: "It has more groove, more swing, more soul and funk. It's not as static as a straight 4/4 beat. All these elements that make you shake your ass."

Songs dating back at least to Gary Glitter's kitsch-turned-sports-anthem "Rock and Roll, Pt. 2" and, a decade later, Michael Jackson's "The Way You Make Me Feel," used the now-familiar variation on schaffel. Haas says the beat's reemergence in techno circles can be traced to the mid-'90s, the post-acid uprising of the great Cologne scene -- especially the early recordings released by Profan, a label started by Wolfgang Voigt. It was Voigt, under his Love Inc. pseudonym, who recorded a cover of T. Rex's "Life's a Gas" in '96 and set German techno on the path toward glam.

But Haas says that the techno audience is also demanding music that's rocked-up a little: "They need more right now. Electronic music has been stepping on the same spot for the last two-three years. They just want to add a new ingredient into that big musical soup."

Funny, then, how in 2003, the futuristic dance-music underground found its inspiration in 1974.

Of course, schaffel and diwali did not spring, Athena-like, fully formed from pop's head, and if pop history is any indication, they're not going to disappear, but mutate. Here then is one discography of the past, present, and future of these two beats.

· The Secret History: Gary Glitter, "Rock and Roll, Pt. 2"; OutKast, "The Whole World"; and Santa Esmeralda, "Don't Let Me Be Misunderstood": Glitter's instrumental is proto-schaffel that should make the appeal of this glam-techno groove obvious, while OutKast's 2002 hit is an exercise in conscious crunk schaffel.

"Misunderstood," on the other hand, is a divine disco obscurity, wisely retrieved for the Kill Bill soundtrack, overlapping handclaps and two driving percussion parts into a monstrous pre-diwali shake.

· The 2003 Hits: T. Raumschmiere, Radio Blackout (Novamute); Sean Paul, "Get Busy"; Lumidee, "Never Leave You": Not really a fair comparison. Sean Paul went to No. 1 and Lumidee to No. 3 on the Billboard Hot 100 singles chart. Together, though, they were the inescapable calling cards of the diwali coming-out party.

T. Raumschmiere wasn't so lucky. His schaffel-infested first major U.S. release barely dented college radio. Nevertheless, if you seek a mix of dirty digitalia and garage grime, "Monstertruckdriver" and "The Game Is Not Over" (featuring Miss Kittin's in-the-red yelps) are the perfect sleazy rush.

· The Compilations: Various Artists, Schaffelfieber 2 (Kompakt); Various Artists, Diwali (Greensleeves): Collections that revel in their respective grooves. Kompakt, one of Cologne's premier techno exports, gathers some of its favorite sons (Wolfgang Voigt, Michael Mayer, T. Raumschmiere) and one unlikely old-schooler (welcome back the Orb!) to ride one beat for more than 70 minutes.

Meanwhile, the 2002 diwali entry in the ongoing Greensleeves rhythm series compiles all the vocalists who jumped off Marsden's riddim train before it blew up (including Beenie Man, Wayne Wonder, and Elephant Man).

· The Next Generation: Rachel Stevens, "My LA Ex"; Missy Elliott, "Pass the Dutch": Stevens, a former member of the U.K.'s teen-pop sensation S Club 7, shows just how malleable schaffel can be, sculpting an acoustic-guitar-driven Britney wannabe.

Never to be confused with Britney wannabes, Missy and Timbaland's new bomb is sort of the diwali "Work It," with a dissonant moan to make you think you're watching a chop-happy Atlanta Braves game.