American Heroes and Zeroes at Sundance '08 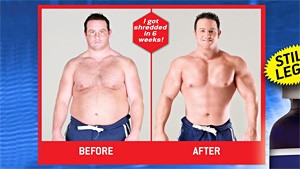 Ryan Fleck and Anna Boden's Sugar, which premiered in the U.S. Dramatic Competition at the 2008 Sundance Film Festival (and was inexplicably shut out at the closing-night awards ceremony), gets as much right about baseball as any movie I've ever seen. It gets the hum of the electric lights in the ozone-heavy summer air and the satisfying smack of a knuckle curve as it lands squarely in the catcher's mitt. It exults in the zigzag poetry of the red-and-white-striped ball — to the shortstop, to second, to first. Double play! Above all, it understands baseball as a crucible of the American dream — for Americans and for those who long to come to these shores. In telling the fictional story of a young Dominican pitcher, Miguel "Sugar" Santos (gifted newcomer Algenis Pérez Soto), during his first season on the roster of an MLB farm team, Sugar echoes the history of several generations of minority immigrant ballplayers, from Hiram Bithorn to Roberto Clemente to Sammy Sosa.

It's a gorgeous film — subtle, observant, full of life — yet the surprise isn't how good it is but rather how true it rings. Fleck and Boden are a long way away here from the gritty Brooklyn verisimilitude of their previous Half Nelson, but Sugar feels every bit as lived-in, whether we're on the dirt streets of a DR shantytown or the hardened clay of a Bridgeport, Indiana, single-A ballpark. And it is just as wise to the cheap inspiration of so many sports dramas as Half Nelson is to the pitfalls of heroic-schoolteacher minstrelsy. Indeed, for Sugar Santos, making it in this country truly begins only after his baseball career comes to a self-imposed end.

Whereas Sugar's American panorama includes glimpses of the ugly face of racial discrimination, two other Sundance movies charge head-on at that vestigial skeleton in our sociocultural closet. "I don't know any black people" is the alarming epiphany uttered by an upper-crust husband and father at the start of the third vignette in Venezuelan director Chusy Haney-Jardine's audacious, just about indescribable triptych, Anywhere, U.S.A. The movie was awarded a deserved special "Spirit of Independence" prize by the Dramatic Competition's Quentin Tarantino—led jury. A similar sentiment propels the documentary Traces of the Trade: A Story From the Deep South, in which director Katrina Browne and nine relatives grapple with their family history as the largest slave-trading operation in North America. A seminarian by education, Browne is far from a natural filmmaker, but her movie contains some of the most extraordinary moments I witnessed onscreen at Sundance this year, including a loaded encounter with an African-American woman on the Ghana coast who tells Browne's cousin that she had hoped to make her trip without seeing any white people.

Another deeply personal, first-person documentary came in the form of Christopher Bell's Bigger, Stronger, Faster, which carries the provocative subtitle The Side Effects of Being American and recounts the Poughkeepsie-born Bell's childhood infatuation with the holy trinity of 1980s steroidal musculature: Sylvester Stallone, Arnold Schwarzenegger, and Hulk Hogan. Of course, the impressionable Bell and his two pro-wrestling-aspirant brothers didn't know at the time that their larger-than-life heroes were jacked on performance-enhancing drugs — and once they found out, it did little to deter them from experimenting with steroids themselves. "I'd rather be dead than average," says one of Bell's brothers, affectionately known as Mad Dog, and from that rich starting point, Bell — who's like Michael Moore with an inverse ratio of muscle to body fat — embarks on a wide-ranging survey of our national obsession with domination. It's a hugely entertaining, surprisingly shrewd ride, complete with guest appearances by the likes of Ben Affleck (seen in clips from an after-school special about the dangers of "'roid rage"), comic-book maestro Stan Lee, disgraced athletes Ben Johnson and Floyd Landis, and hilariously clueless California Rep. Henry Waxman.

"The Side Effects of Being American" could also describe Morgan Spurlock's out-of-competition Where in the World Is Osama bin Laden?, a vile, naïve, and reactionary film in which the Super Size Me auteur bids adieu to his extremely pregnant wife and goes off in search of the world's most dangerous terrorist. Giving credence to the ugliest of ugly-American stereotypes, Spurlock bulldozes his way through Morocco, Saudi Arabia, and Israel, dropping in on the uncle of al-Qaida lieutenant Ayman al-Zawahiri and getting into a shoving match with Orthodox Jews on the streets of Tel Aviv. And just for good measure, there are periodic interludes in which an animated version of Spurlock gets whipped around by bin Laden's "turban power" during a Tekken-like showdown. Michael Moore at his shallowest is fathoms deeper than this.

Thankfully, by way of a corrective, there was Oscar-nominated director Edet Belzberg's superb An American Soldier, which follows a Houma, Louisiana, Army recruiter as he enlists the next generation of U.S. military cadets, then stays with three of his recruits as they make their way through basic training and beyond. From its boldfaced candor about the difficulties of recruitment in a time of war to its upending of numerous infantry stereotypes (all of the film's subjects are white, and the most gung-ho of the lot is a college-bound honors student), Belzberg's film is neither a jingoistic tract nor an anti-military jihad. Instead, it's a measured, intelligent, and even inspiring portrait of the men and women charged with defending our country.

Two of the best films at Sundance 2008 expressed subtle nostalgia for literally and figuratively extinct stretches of lower Manhattan. Shot almost entirely in the Chambers Street loft of his father, the legendary avant-garde filmmaker Ken Jacobs, Azazel Jacob's delightful Momma's Man consecrates a bohemian lower Manhattan giving way to gentrification as it tells the story of a thirtysomething businessman who can't bring himself to leave his childhood home after paying a visit to his aging parents (touchingly played by the elder Jacobs and his wife, Flo). Meanwhile, Wisconsin Death Trip director James Marsh's Man On Wire revisits the peculiar case of French provocateur Philippe Petit and his 1974 tightrope walk between the twin towers of the World Trade Center and makes of it a magnificently eccentric film about imagination, risk-taking, and the unabated creative spirit. Petit had actually conceived of his stunt years earlier, when he first read about the WTC's impending construction. In 2008, he ascended the Sundance stage with Marsh to collect the second of Man On Wire's two prizes (the Grand Jury Prize and the Audience Award of the international documentary competition) and spoke these parting words for the next generation of artists and daydreamers: "Keep growing wings."