Band of the Week: Bayside 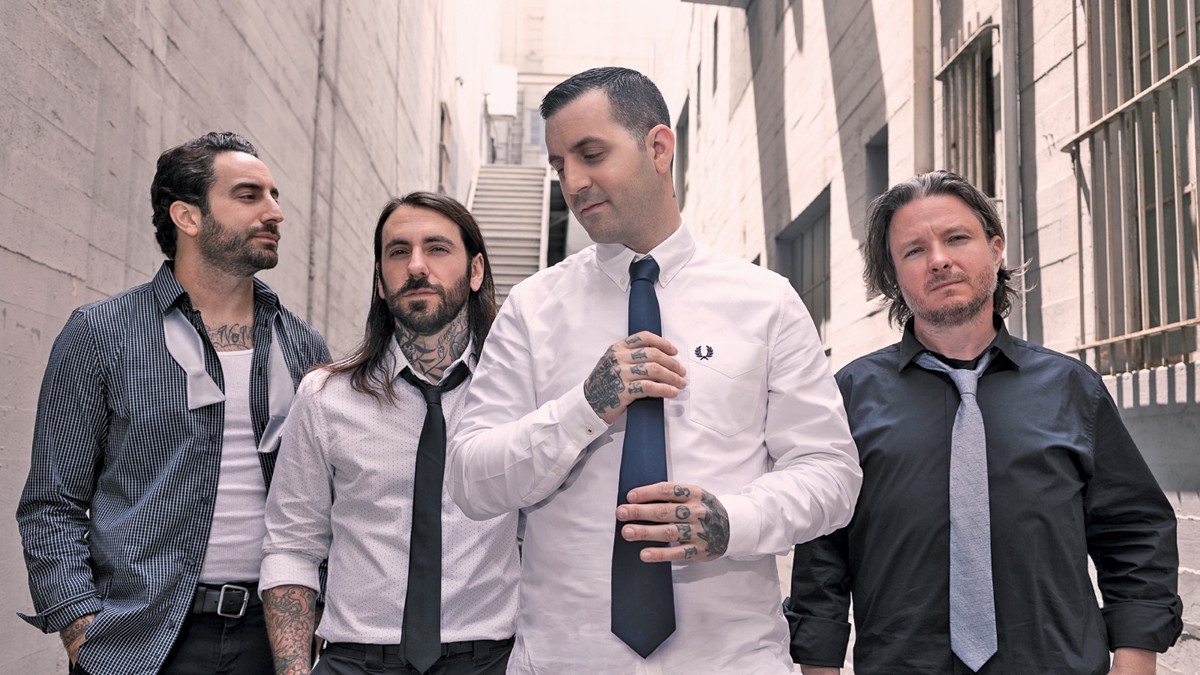 BASS IS HIS PLACE:When Ghanbarian joined Bayside, the band had already been going strong for a couple of years. Ghanbarian, who worked retail at the time, wasn't convinced he would fit in with the guys but thought he'd give it a shot. "I played music since I was 15 and toured since I was 17," he says. "I was 24 and thought it was maybe my last chance. I joined the band and we did a record almost immediately. It was like we turned the corner as a band. It changed our sound from Record No. 1 to No. 2. It was inevitable that it would sound a little different. It was an exciting time. It's definitely an important and fun time."

THE FIRST ACOUSTIC ALBUM: More than 10 years ago, the band released Acoustic. That album came in the wake of a terrible accident that nearly broke up the band. "We were involved in an accident that took the life of our drummer, and I was seriously injured," says Ghanbarian. "We decided to continue to be a band, and to keep things moving, Anthony [Raneri] and Jack [O'Shea] put out an acoustic record featuring just the two of them." Back then, the band wrote songs on acoustic guitar, so it was pretty natural for the band to release an unplugged album.

THE SECOND ACOUSTIC ALBUM: Because the band hasn't quite finished writing the tunes for a new studio album, the group decided to release Acoustic Volume 2, another unplugged album that features reworked old songs and one new tune. "People just like our acoustic stuff, and we react to what the fans like," says Ghanbarian. The group recorded it in Nashville with Jon Howard (Paramore, Dashboard Confessional, New Found Glory).

WHY YOU SHOULD HEAR THEM: On the album opener, the jangly "Sick, Sick, Sick," the band sounds a bit like emo heroes Death Cab for Cutie. "If there's a song on the record that took the least amount of work and sounded the most different, it was that one," says Ghanbarian when asked about the track. "It had a country-ish vibe, and it took us five minutes to find that vibe. It was a happy accident or that song just lives in that world." "It Don't Exist," the album's new track, features pristine backing vocals and gentle acoustic guitars. "We had the core of that song written and we went with a little bit more of a modern alternative acoustic feel like the Lumineers or Mumford and Sons," says Ghanbarian. "That's not really our style, but if it sounds like an acoustic radio type of thing, that's fine. We'll never stop trying to make new fans."

WHERE YOU CAN HEAR THEM: baysidebayside.com.

WHERE YOU CAN SEE THEM: Bayside performs at 9 p.m. on Saturday, Dec. 1, at the Grog Shop in Cleveland Heights.