Band of the Week: Impending Lies 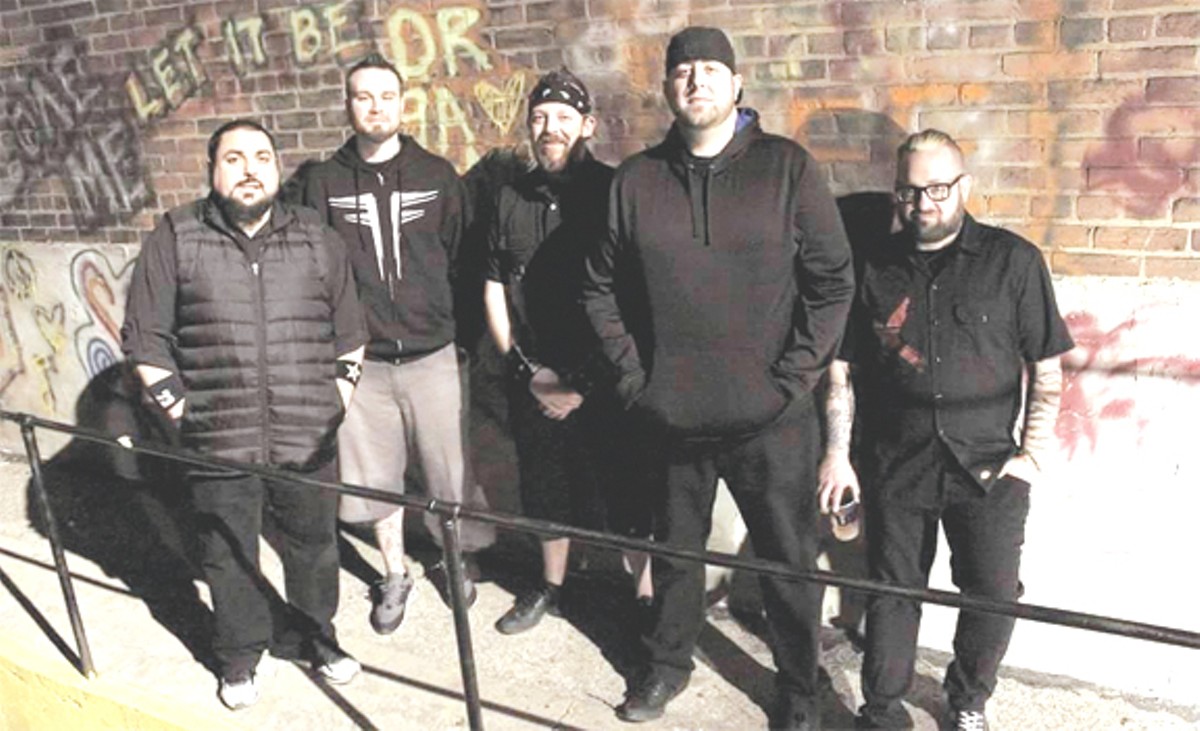 IT STARTED AS A SUPERGROUP: Originally, Skrtich started writing songs for the band in 2010. He then recruited members of heralded local hard rock acts like Scalera, Vendetta Point, Resist, Puppet, Ground Lift, Element, Rikets and D-Rail to join the band, which came together in 2011. LaMarca, formerly of local metal heroes Chimaira, joined the group last year after seeing the band perform at the Agora. "They sounded excellent," he says when asked about the performance. "That same night, I saw these shitty young bands play in the ballroom. They jumped around a lot but they didn't know how to put a song together, and there was no organization. They all sucked. But Impending Lies impressed me. They were really good."

KEEPING A TRADITION ALIVE: LaMarca says he's happy to help Impending Lies keep a Christmas tradition alive. The band's upcoming show at the Agora represents its fourth annual holiday show the band has hosted. LaMarca's former band, Chimaira, also hosted an annual Christmas bash for several years before the band split up in 2014. "For me, it's reminiscent of the past, and it feels like good that all the years we've done Christmas shows have become a part of history in Cleveland," he says. "Chimaira always had successful Christmas shows, and I feel the same way about this band. I'm glad this band has done a Christmas show for four years and now the original singer is coming back. It's been awesome for me to come into this band as its original singer has returned," says LaMarca. "I can really feel the vibe of the band."

WHY YOU SHOULD HEAR THEM: The band recorded its most recent album, Until the Lights Burn Out, at the locally based Empire Recordings. Not as heavy as the Deftones, the band walks the line between metal to hard rock. A song such as "In Time" features roaring guitars but balances the heaviness with melodic vocals, and the break-up song "Over Again" comes off as a power ballad on steroids. "Fall to Pieces" has a more industrial edge to it and recalls Disturbed or even Nine Inch Nails. LaMarca says the band has a new single slated to come out in 2017. "We're going to just put singles out there," he says. "There's no point in putting a record out. We just want to work on one song and release a series of songs with videos by spring."

WHERE YOU CAN HEAR THEM: impendinglies.com.

WHERE YOU CAN SEE THEM: Impending Lies perform with Skyosis, Day Old Hate, One Click Crazy, Throw the Stone, Soulus and Brothers at Arms at 6:15 p.m. on Friday, Dec. 30, at the Agora Ballroom.