Before They Are Stars

Spanish rappers and others vie for prize. 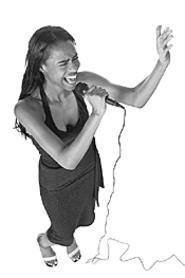 Floyd Swoope had never heard anything like Adrenaline Rush. When the Cleveland-area band auditioned for the Production Stage Classic, its 14-year-old singer rapped in Spanish. "They don't know what the heck she's saying," says Swoope, producer of the American Idol-style talent search. "But people love it."

King Me
Chess masters square up for tourney.

More than $200 in cash is up for grabs at Saturday's Cleveland Holiday Chess Open, but don't think just because you kicked your computer's ass at a game or two that you stand a chance against a real-life human opponent. The competition can be intimidating, admits Michael Joelson, the tournament's organizer and 2003 Ohio Chess Champion. "A very good player with no tournament experience may be competitive in the lowest division," he says. "But he would have little or no chance to win against the masters." Many of the state's highest-ranked players will be participating in the action. At the very least, it's a good opportunity to pick up some pointers and strategies, says Joelson. Get your game face on at 10 a.m. at Lyndhurst Masonic Temple, 5516 Mayfield Road. Registration is $30 at 9 a.m. Visit www.chess4success.org for more info. -- Andrew McMillan

A 50-inch high-definition plasma TV makes a pretty cool gift. So does a stocking filled with some of our favorite collectors-edition DVDs. But they can be a bit impersonal and pricey. Local Girl Gallery's Nifty Under $50 exhibit and sale offers plenty of handmade items -- like jewelry, pottery, paintings, and prints -- for less than half a C-note. And minimal fussing with setup means more time hanging with loved ones. The show's at Local Girl Gallery (16101 Detroit Avenue in Lakewood) through December 31. It's open noon to 7 p.m. Tuesday through Saturday. Call 216-228-1802 for more information. -- Michael Gallucci