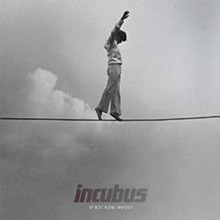 Incubus have always straddled the line between palatable and overwrought, often within the same song and often thanks (or no thanks) to Brandon Boyd, who sings better than Maynard James Keenan or Mike Patton, but tends to synthesize the worst characteristics of both. They put that dichotomy out there early on their seventh album, a mellower record that breaks a five-year hiatus. If Not Now, When? opens with the title tune, which includes five minutes of sparsely backed oversinging by Boyd, and "Promises, Promises," a stately piano pop tune. Incubus soon return to their old ground on "Friends and Lovers" and "Thieves." And then there's "Adolescents," a familiar-sounding jam that manages an admirable consistency — something Incubus' frequently frustrating albums still can't pull off.