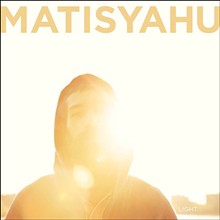 An American Hasidic Jew who raps and embraces the spiritualism of Bob Marley, Matisyahu at least doesn't have to worry about competition. There really isn't any. His third album opens with "Smash Lies," a hard-hitting tune featuring tongue-twisting vocals. With beats that vacillate between hip-hop and dancehall, it's one of the heavier songs Matisyahu has recorded. "We Will Walk" settles things down a bit, but the production is still busy and the vocals become layered as the song's tempo escalates. Accessible cuts like the anthemic "One Day" and the 311-like, jam-friendly "So Hi So Low" are balanced by experimental songs like the hiccupping "Struggla" and the epic, expansive "Darkness Into Light," a tune whose Linkin Park-like tendencies are overshadowed by terrific beat-boxing segments. The album shows great range since Matisyahu, much like Sublime did a decade ago, stays true to his dub roots while catering to Jack Johnson and Ben Harper fans. Cutting tracks in five different studios, Matisyahu might have busted his budget making this album. And he might well be a one-note novelty. But it's always better to burn out than fade away. — Jeff Niesel