Hey Disco D, nobody wants to hear any music from Mr. Britney Spears.

By the Ayatollah of Rock
Disco D 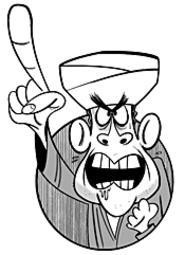 The novelty song, be it "Monster Mash," "Fish Heads," or "Eat It," has always been a staple of the adolescent male. But sometimes the funniest songs are made by stone-faced men -- and these men should not be congratulated. When Disco D (working with a collaborator we shall call "Mr. Britney Spears") released the song "PopoZao" at the stroke of midnight on New Year's Eve, he managed to release the worst song of 2005 and 2006 at the same time. Fatwa!

Disco D, you had a somewhat promising career. You had been written up in Urb and XXL. You had a track on the last 50 Cent album. Why, oh why, would you tie your fortunes to a man whose claim to fame is knocking up a warbling bleached-out trollop? A walking punch line? A man whose very name now means "third-rate tabloid celebrity"? Even worse, why would you choose to introduce baile funk to the masses with the Brazilian equivalent of a minstrel show? Did you not know that any song that strives to be sexy cannot use the word "titty"? Have you no shame?

Fatwa! For helping to extend this horrible man's 15 seconds, Disco D, you have shown yourself to be an enemy of music. May you spend the afterlife on the cover of Hell's Us Weekly, hand-in-hand with your man. Headline: "Celebrities are just like us: They scream under the fiery lash of Mammon." It is written.

More by the Ayatollah of Rock