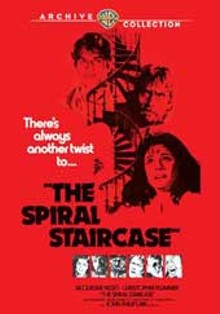 This flashy reboot of the video game series (for the PlayStation 3 and Xbox 360) revs up in a whole new direction, emphasizing the cool-ass wrecks that dominate so many race games these days. The racing element is still there, make no mistake – as is a kinda-blah story about dominating the streets – but the game is all about tearing through roadways and anyone who has the nerve to get in your way.

It's based on a play, so Roman Polanski's movie is talky and static for long stretches. But it's the terrific cast that sells it. There's not one dud in the bunch, as Jodie Foster, Kate Winslet, Christoph Waltz, and John C. Reilly try to get to the bottom of a schoolyard scuffle involving their children. It's sorta like Who's Afraid of Virginia Woolf? but on a larger scale … and more bitching.

The band that invented “more cowbell” was way smarter and funnier than their hard-rock legacy lets on (check out 1976's Agents of Fortune for proof). This two-disc, 31-song compilation traces their career from early-'70s thud-masters to mid-'80s survivors. In between are some great songs – especially the still awesome “Don't Fear the Reaper” – that wink as often as they rock.

Seeing the Light: Inside the Velvet Underground

Rob Jovanovic's bio about the pioneering band that bled the lines between art-rock, glam, and indie cool doesn't score any real new info (a couple members talked to him, but they're not Lou Reed or even John Cale). What the book manages to do is pull together a story, which has become twisted and somewhat thorny over the years, into an absorbing tale of a group earning its influence.

This 1975 remake of a '40s shocker is definitely a product of its era: campy, cheeky, and a little cheesy. But it's also a whole lotta fun, as a mute woman (played by Jacqueline Bisset) who gets stranded in a remote country mansion overnight. Of course a storm knocks out the power. And of course there's a serial killer on the loose. Recent Oscar winner Christopher Plummer is along for the ride.