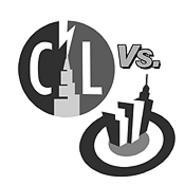 With little fanfare the past few months, Ticketmaster Online-CitySearch Inc., the nation's largest purveyor of Internet city guides, has been building a new Cleveland on-ramp to the information superhighway. CitySearch's entry into the Cleveland electronic publishing market puts it head-to-head with The Plain Dealer's Cleveland Live website, which up to now has dominated online services for local news and information on entertainment, shopping, and dining.

At stake are the eyeballs of millions of Internet users and the potential for millions of dollars in online advertising and sales.

Backed by a billion-dollar media conglomerate — Barry Diller's USA Networks Inc. — CitySearch has a physical presence in 35 cities and plans to link to 77 worldwide. It came into this market like gangbusters, going on a hiring binge that began with trying to recruit Cleveland Live staff members. The company is also planning to move its offices, currently located in Independence, to downtown's Warehouse District, already home to Cleveland Live's full-time staff of 26.

"They started by headhunting every single person here," says Eliza Wing, president and CEO of Cleveland Live, a subsidiary of the Newhouse media empire that publishes The Plain Dealer and other daily newspapers, as well as Conde Nast magazines. "There are some former Cleveland Live employees at CitySearch. We lost one [current employee]. But there was no mass exodus."

CitySearch CEO Charles Conn will not divulge details of his company's staffing efforts, forthcoming marketing campaign, or its dollar investment in Cleveland, rumored to be around $4 million. And he downplays the competition with Cleveland Live.

"There's no reason to believe there will be a shootout at the OK Corral," says Conn. "The economics of the city guides is more akin to that of the radio markets, where you have similar stations in the same city."

Still, the company's posture suggests a more aggressive battle on the cyberspace horizon, as does Conn's confidence. "We invented the city-guide business," he insists. "It's funny, [Cleveland Live] followed the model we laid out and discussed with [publishing executive] Steve Newhouse years ago. They have operated alone for a while. We will push them."

Wing agrees. "It absolutely does change our strategy," she admits. "But it is absolutely exciting."

Cleveland Live is already making changes. The site has shifted to a greater emphasis on entertainment information, the backbone of CitySearch's city guides. The company is also looking to give its public profile a major boost with a new marketing initiative. Wing confirms that negotiations are under way for Cleveland Live to build an electronic billboard, similar to the one in Times Square, on the south face of the Caxton Building, which is visible from Jacobs Field. The company hopes to have the billboard up in time to capture the attention of crowds attending postseason Indians games.

"There is no signed deal yet," cautions Wing, who is nonetheless excited. "It will be a one-of-a-kind sign. It will have the ability to manipulate information, like a stream of news headlines."

Launched in June of 1996, Cleveland Live has been the most prominent website for Cleveland news and information, relying heavily on The Plain Dealer's news stories and classifieds. The site also provides links to local cultural institutions and nonprofit groups, along with the usual listings of concert, sporting, and other entertainment events. New features being added to the site include local auction and job services.

By contrast, CitySearch does not carry local news content, just entertainment information. It supplements that with an online dating service and merchandise auction.

Like most other online ventures, Cleveland Live and CitySearch generate revenue by selling advertising space on their sites in the form of banners and links to products and services. Websites, however, have not been the instant moneymaker their owners expected, as both advertisers and consumers have been slow to embrace online sales technology.

Cleveland Live will not turn a profit this year, though Wing says the company is on target with its long-term business plan, which includes key relationships with cultural institutions and other advertisers. "We have strong affiliations with institutions like the art museum and the Rock Hall," she says. "There is no exclusivity with them, but institutions look to us for online marketing."

Such relationships are critical for newspaper-affiliated websites to survive, says Internet analyst Lisa Allen of Cambridge, Massachusetts-based Forrester Research. "Newspaper content won't carry the day," says Allen, who specifically follows Internet city guides. "What they thought they could leverage was content. But users are looking for commerce online."

CitySearch, by virtue of its affiliation with Ticketmaster, has had tremendous success selling concert tickets through its nationally linked city guides. This, points out Allen, gives it a national platform from which to sell other services. CitySearch is planning to expand its business to include theater tickets and hotel reservations. Eventually, Conn says, he even wants to help people "pay their parking tickets online."

Perhaps the clearest measure of CitySearch's ambition is the company's recent acquisition of Microsoft's Sidewalk city guides, which were losing money for the software giant. No matter, says Allen, who insists the past is no indicator of the future success of online city guides.

"You can't look at who's making money yet. You have to look at who is on the Internet," she says. "Sixteen- to 22-year-olds are the first generation to grow up with the Internet. They live on the web. They are coming on in big numbers, and they will add a real surge to online e-commerce."

Enough, ultimately, to support both Cleveland Live and CitySearch?

That story is still under construction.

The dueling websites are at www.clevelandlive.com and cleveland.citysearch.com. Mark Naymik can be reached at [email protected].