The best place to feel the noise turns 14 this week. 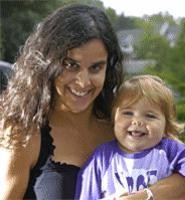 The air was charged with the pulse of Roger Miller's Fender guitar, setting off syrupy waves of distortion that buffeted the packed house at Mission of Burma's first Cleveland show in two decades. The closest fans could have touched the guitarist on that July night or looked bassist Clint Conley in the eye -- maybe felt the sweat spiraling from his brow.

This is how rock concerts should be. At the Grog Shop, that's how they've always been.

Vinyl, discs, and MP3s pale in comparison with seeing a great band in a small club -- nights when the atmosphere follows you home like the cigarette smoke on your clothes. Now on the eve of its 14th birthday, the Grog Shop has long been the best place in town to be one with the bands onstage. It's where Cleveland's next stars hone their game and touring bands that fly under the radar vie for their ounce of recognition.

At the helm since day one, Kathy Simkoff opened the club just before Kurt Cobain ushered the underground into the mainstream. With a degree in journalism and French rendering her functionally unemployable, the Cleveland Heights native and her two partners ventured into club life with only the faintest of plans: They knew they liked drinking and music. As credentials go, it wasn't exactly an MBA.

The Grog began as a dank hole-in-the-wall on Coventry, serving food during the day and music three nights a week. But soon the amps overpowered the burgers, and more and more bands cut their teeth there.

Sebastian Wagner and his former band, the Kill City Kills, performed at the original club. "You'd play this weird stage that was in the corner, and most of the people would be sitting at the bar," he says. "When you were playing well, the place would fill up fast."

"It was dingy and gross, but that always makes for better rock and roll," says Boatzz singer-guitarist Michael DiLiberto, whose former band, 30 Lincoln, played the Grog several times. "I saw some huge bands in that tiny, tiny venue, like Oasis and Supergrass."

Handicapping artists' drawing power perhaps posed Simkoff's greatest challenge, but like a poker player learning the odds, she eventually found a way to keep bands and bills paid. By its third year, the Grog routinely scored large crowds with its eclectic mix of everything from hip-hop and hardcore to indie rock and pop; now-you-know-them bands like Fall Out Boy, the Flaming Lips, and Death Cab for Cutie once stalked the stage. By year six, as Simkoff took over sole ownership, the Grog also started winning the war of attrition against its competitors; when the venerable Euclid Tavern shut down, Simkoff's club became the East Side's lone rock joint.

"All of a sudden, I was a veteran," she remembers. "Since when am I the oldest club in town?"

The Grog Shop took a big step forward three years ago, leaving its original home behind in favor of a roomier space at the corner of Coventry and Euclid Heights Boulevard. At the same time, Simkoff christened the B-Side Lounge, the downstairs dance club where visiting DJs and musicians stop by to spin. (Among those who've paid recent visits are the Roots' ?uestlove and Head Automatica singer Daryl Palumbo.) "It started out as the red-headed stepchild, but I kind of like it now," Simkoff says. "It's finally developed its own identity."

These days, the Grog churns forward virtually without Simkoff: Since having her first child last year and recently becoming pregnant again, she's handed many of the day-to-day responsibilities to her staff. But she still books the club's shows, and she knows when she has to be there.

"There's some shows I wouldn't miss -- like Brian Jonestown Massacre," says Simkoff, citing a band that's been a Grog staple for years. "Last time, I was nine months pregnant. I think I had the baby a week later. It was packed in here, and I'm going, 'I'm staying for the whole show.'"