The Tribe hopes you're the next great shortstop.

By Steve Albanese and Lucy McKernan
Charlie and the Chocolate Factory 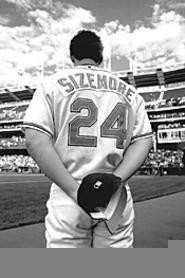 If you've been watching Aaron Boone for the past three months and think you can do better, here's your chance to prove it. At Monday's Open Tryouts, the Indians look for a few good men . . . to hit, pitch, and field.

"There's that slim possibility that we'll find that diamond in the rough," says Brad Grant, assistant director of scouting. "But more realistically, we're getting a first look at players that will become eligible for next year's draft."

Tribe scouts will test prospects (ages 16 to 24) in traditional baseball drills and the 60-yard dash. "We really have no idea who they will be," says Grant. "So we can potentially find that one player that no one else has seen." Tryouts start at 10 a.m. at University School's Upper Campus, 2785 SOM Center Road in Hunting Valley; call 216-420-4200. -- Steve Albanese

Which actress from Gilligan's Island was a former Miss Nevada? Which character was left-handed? At Friday's Gilligan's Island Paddle, contestants find out the answers after a 90-minute row aboard one- and two-seat kayaks at Fairport Harbor. After everyone makes it back to shore for a hot-dog-and-marshmallow roast, organizer Marie Kozan and her helpers will dress up like Gilligan and the gang to host a trivia contest revolving around the 1960s TV show. "Hopefully, you'll have a nice paddle out on the water," says Kozan, a Lake Metroparks recreation specialist. "And you'll know what the name of Gilligan's boat is when you go home." We'll spot you this one: It's the SS Minnow. Paddle from 7 to 10 p.m. at Fairport Beach Harbor, 129 Second Street in Fairport Harbor. Fee is $10, $20 with kayak rental. Participants must be at least 16 years old. Call 440-358-7275 for more info. -- Cris Glaser

Sunday's SCRABBLE Bicycle Tour exists for one reason, says organizer Jim Sheehan: "We put this on just so we're not embarrassed to live here. Cleveland needs a big city ride, like Chicago, New York, or Pittsburgh." The SCRABBLE (which stands for Summer Cleveland Ride and Beach-to-Lakefront Experience) begins and ends at Edgewater Park, and includes a choice of three routes, which top off at 10, 50, or 100 miles. And yes, letter tiles can be collected along the way for games of Scrabble after the ride. Registration starts at 7:30 a.m. at Edgewater (at the west end of the Shoreway). A donation is requested; call 216-830-2667. -- Lucy McKernan