The F-word's out, but there's still plenty of attitude in Georgia Hard. 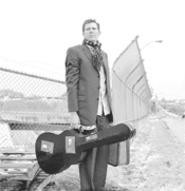 With his latest album, Georgia Hard, part-time smartass and full-time troubadour Robbie Fulks finally makes peace with Nashville, a city he infamously brushed off a decade or so ago in "Fuck This Town." Georgia Hard marks his return to smirk-free, hook-filled country music -- recorded in Nashville, to boot. "That was the only place to do the record," says Fulks. "I wanted to give it as wide a span of country music as I could."

Fulks still can't resist the temptation to toss in a couple of goofball tunes (the CD's biggest offender: "I'm Gonna Take You Home [and Make You Like Me]"), but, for the most part, Georgia Hard's an earnest, honest-to-God-and-you-better-believe-it-boy country album. "After I played the Grand Ole Opry [a few years ago], I went out to sell records afterward," says Fulks, 42. "And I realized I had nothing at all to sell those people. Every record had fuck or something terrible that I couldn't sell to them. It's a challenge to make country music without a fuck in it, but I rise to it."

Certainly, the Chicago singer-songwriter hasn't made it easy for himself. Fulks' first couple of fire-and-fury albums, made for alt-country label Bloodshot in the mid-'90s, contained a few sincere slices of rustic twang. But he was too outlaw, too offbeat, and too dark for the mainstream. Nashville, the bastion of middle-of-the-road music, naturally rejected him outright. Even with his rootsy twang and some insanely catchy tunes, Fulks couldn't get his foot in the door at any of Music City's career-making venues.

A cult audience developed instead. Fulks' writing grew more caustic. In 1998, major-label Geffen released Let's Kill Saturday Night, a slick, overproduced bid for the big time. Despite the dazzling title tune (a fan favorite that still makes its way onto Fulks' set lists), the album bombed, and Fulks was dropped.

Over the past five years, Fulks recorded several went-nowhere albums that alternately embraced country music (the obscure-covers set 13 Hillbilly Giants) and eschewed it (the pop-leaning Couples in Trouble). There've been novelty songs ("White Man's Bourbon") and a love letter to Susanna Hoffs ("That Bangle Girl").

Fulks found inspiration in the country-music songwriters of the 1960s. The album even sounds as if it were recorded during countrypolitan's peak. "We did it in the fashion they did," he says. "Everyone was in the same room, playing at the same time."

Yet Fulks still finds time to scorn the one group that's been on his side all along: his fans. On 2000's The Very Best of Robbie Fulks (which isn't a hits collection at all, but rather an odds-and-ends CD), he sneered at the bowling-shirt-clad "Roots Rock Weirdoes" who frequent his shows; on Georgia Hard, he skewers country-music purists in "Countrier Than Thou."

"People who have a more proprietary approach to country have always been part of my audience," he says. "I always wanted to open it up to more people. That's positively reflected in recording a wider variety of songs and negatively reflected in little jabs I take at that sector.

"Besides," he laughs, "my audience is so small, I don't worry about alienating anybody."