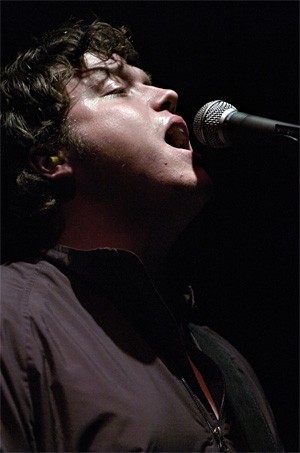 Walter Novak
Jason Isbell at the Beachland on February 15.

"There are so many amazing bands that don't have access to the promotion they need to get their music known," says YeboTV Music Development Project Manager Marilyn Gardner. "Every city has great bands that could benefit from global exposure, and Cleveland is no exception. The quality of the music is what makes Cleveland's original music scene so special."

YeboTV was founded in Finland, but its main office is located in Cleveland. The company regularly tapes shows from New Jersey to Detroit. In addition to Agora shows, it filmed the January Supersuckers/Uncle Scratch show at the Jigsaw and is talking to other Cleveland clubs about taping local and national concerts. Yebo's arena shows have included Slayer, Megadeth, and Nightwish.

The company has tapped the local talent pool. Hellbomb Clothing's Jim Lanza is heading up a site for unsigned bands called Underground Live. WJCU Metal on Metal host Bill Peters also works for the company and organized the concerts.

"The bills showcase some of the different styles of what our Cleveland metal scene has to offer," says Peters, who plays all the bands on his program, which streams to an international audience. "It shows the great depth of original, diverse heavy-metal talent we have in this city."

The professionally shot shows will run continuously on YeboTV.com from 7 a.m. to midnight Saturday, March 1, and Sunday, March 2. Fans must complete a free registration to watch the videos.

• Chagrin Falls' Amanda Kolanz won the Guitar Center and Roland/Boss Live in London sweepstakes. Guitar Center customers across the country entered a drawing for two round-trip tickets and VIP seats to see the Cult live in London — they're still big in the U.K. — in addition to receiving spending money and a shopping spree.

• The February issue of Maximum Rock N Roll has a feature about the Cle-punk documentary Cleveland's Screaming. The film chronicles the 1980s Akron and Cleveland hardcore scenes. The DVD still has no release date; visit YouTube.com for clips.

• The Coryells' Larry and Murali Coryell will appear Friday, February 22, at 2 p.m. on Randy Allar's The Fusion Show on 89.3-FM WCSB. The jazz group will host a free workshop at Lakeland Community College's 36th Annual Jazz Fest at 4 p.m. Saturday, February 23, followed by a concert that night.

• Cleveland alt-rock crew Quickening has posted a rough mix of "Bury Me," a track from their upcoming fourth album, at www.myspace.com/quickening. Singer-guitarist James Isom is producing, with assistance from Bill Korecky (Mushroomhead, Integrity). No release date is set.