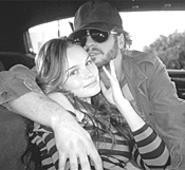 The film opens after Holmes's "acting" career has ended. A coke addict and petty criminal, he has burned most of his friends, but is never above hatching one more plot. Hoping to share in the spoils, he tells scumbag Ron Lanius (Josh Lucas, once again an unnervingly convincing hedonist and sociopath) about a stash of drugs and money that another Holmes associate, reptilian drug dealer Eddie Nash (Eric Bogosian), has hidden in his house. With his partners in crime, Billy Deverell (Tim Blake Nelson) and biker David Lind (an unrecognizable Dylan McDermott, in a nice change of pace for him), Lanius stages a home invasion.

The cocky Lanius makes the mistake of humiliating but not killing Nash, and it doesn't take Eddie long to get Holmes to rat out his friends. Whether Holmes joined in the revenge killings of Lanius, Deverell, and two women (Lind wasn't home at the time) could never be proven.

Director and co-writer James Cox goes for a highly stylized look: hyperactive hand-held camera, quick cuts, split screens, blown-out whites, and a preponderance of in-your-face close-ups shot from every conceivable angle. There is a dishwater-brown tint to the film, which has been shot and/or processed to give it a grainy, textured look. It's so treated, it looks fake. Certain scenes play out as if shot under a strobing black light -- dark, indistinct, slightly hallucinatory. The violence is visceral and graphic.

Cox's approach to the material is understandable; he wants to convey the moral ugliness of this world and the hopped-up frenzy of its permanently high inhabitants. But while this may be exactly the way to tell the story, at times it feels as if Cox is just showing off what he can do: lots of style, but not much else. One thing is certain: He has carried off his particular vision with aplomb.

The problem is that the characters are such creepy, despicable vermin that you can't connect with any of them -- not even Lisa Kudrow (who does a nice turn as Holmes's estranged wife) or a dark-haired Kate Bosworth (as his girlfriend). As good as all the actors are -- Kilmer excels at just this sort of scuzzy creature -- they are basically given only one dimension to play. Some people really are that irredeemable, of course, but presenting a film in which the viewer ends up recoiling from (or being completely indifferent to) everybody in it makes for a flat film. Not that psychological insight would redeem any of these sleazeballs, but it might help the viewer get drawn into their story, much as audiences were able to see the characters in Boogie Nights as flawed, morally questionable, even pathetic -- but nonetheless real -- people.