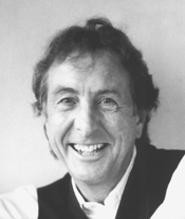 Eric Idle is worried -- about Cleveland, no less. Idle, one-sixth of the legendary British comedy brain trust that spawned the BBC's Monty Python's Flying Circus, is concerned that, based on advance ticket numbers, there could be a near-empty house in Cleveland when his Python revue visits the Palace Theatre on Sunday.

"Are they notoriously stay-at-home types who don't like a good laugh?" he wonders of Clevelanders. "We've got to make sure that Cleveland turns out to see this very silly show. We've got 12 loonies coming your way. We've got a show full of tits and violence."

Nearly every facet of the three-decade Python songbook will be covered in Idle's burlesque revival (which will necessitate 17 separate costume changes for him alone), including a tribute to Sir Dirk McQuigley of the Rutles.

"Sir Dirk will be traveling with us and singing live," Idle says of his post-Python persona. "We've put everything in, including Dolly Taylor, the world's first and finest country & western transvestite singer, who will be singing an answer to "The Penis Song,' which is new."

Also on the set list are more well-known ditties "Spam," "The Lumberjack Song," and "Always Look on the Bright Side of Life." "I'm also doing a lot of the songs that have never been done in any context before," Idle adds. "We do a whole dance number for "Every Sperm Is Sacred,' with a nun singing and dancing, and a saxophonist dressed up as a sperm -- you may be getting the flavor that this show is not entirely serious."

But it wouldn't be a true Python experience without at least a little audience participation, and Idle is happy to oblige on this aptly dubbed "Sillypalooza" tour. "We're going to play "Spot the Loony,'" he promises, urging the audience to dress the part. "From those who are idiotically dressed, we will select somebody from the audience and bring them onstage and ask if we can have their liver. We will then have a live organ removal onstage while we sing "Liverdance.' Michael Flatbum has brought some hilarious colleens in to dance."

Not dancing alongside Idle, however, are the other Pythons. Although Idle has traded e-mails with them, he assumes that his invitations to perform will go unheeded. "I think they're a bit shy, and they'll pretend it's not really happening," he says, even as he himself has trouble believing the tour is real.

The show and accompanying album -- Eric Idle Sings Monty Python -- are based on a single free show he did in Los Angeles to celebrate the 30th anniversary of Monty Python. "I did a night at the Getty [Museum], and 500 people came," he explains. "I did a tribute to Python songs with a band, and they loved it. We turned away 300 people on the night. So I thought, "There's something in this; there's a show here.' The more I went into the economics of it, to take people on the road, you have to do a theatrical tour -- theaters of 2,000 seats. Then I was thinking how to do a show in those, and I didn't want to do it with just me and a band, so I got a lot of loonies and girls and costumes and singing and dancing, and I've put on a full revue."

As Idle relates his efforts to regroup the Pythons for the tour or a movie, he is clearly saddened at their refusals to consider the option, but heartened by the response that he's received from the fans. "You know what? It's nice to do this show. It's fun for me to have a shot at saying, "Let's look at Python, and let's see what's in there that can give people a good time.' Let's see if people will come out and see a silly show."