Invitation to the Dan

If you're going to ask a comic to your wedding, have plenty of booze on hand. 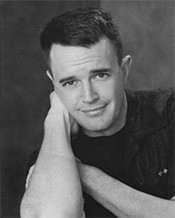 Now a SoCal sunbird, Bath native Dan Grueter comes home a few times a year to either perform his stand-up comedy routine or occasionally sit through friends' marriage ceremonies. Sometimes, he wishes he wouldn't put up with the latter. "Have you ever been to a shitty wedding? This one I went to was so bad that they had no alcohol at the reception. I never even heard of this. I asked the bride, 'What's up with no alcohol?' She says, 'We don't want to have that kind of wedding,'" says Grueter, who recently hosted the HBO doc The Rivalry, about the annual football feud between Michigan and his alma mater, Ohio State. "So I say, 'You mean a fun kind? Oh, sure. This is the happiest day of your life.'"An ex-TV news reporter and ad salesman, Grueter first tried his act after he moved back to Cleveland from Seattle. To supplement the household income, his wife worked at a nursing home. "She liked it, but I never visited her at work. It was like a haunted house down there," says Grueter, whose onscreen credits also include guest spots on BET's Comic View and CBS' The Late Late Show with Craig Ferguson. "She says, 'I visit your work all the time.' I'm like, 'My work's fun. Your work smells like hot-dog water.'" Grueter goes onstage at 8 p.m., today through Wednesday, and 7:30 p.m. Sunday, March 23, at Hilarities, 2035 East Fourth Street. Tickets are $15. Call 216-241-7425 or visit www.pickwickandfrolic.com.
March 17-19, 8 p.m.; Sun., March 23, 7:30 p.m., 2008