Tuesday, March 22, at the Beachland Ballroom. 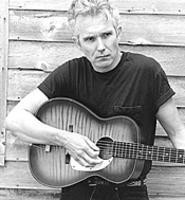 True love is a blessing/True love is a curse, begins one song on Johnny Dowd's 2002 disc The Pawnbroker's Wife, and though he addresses emotional highs (largely in the past tense), he's more comfortable scraping depression's depths.

After almost two decades of playing informally with friends and family members, including a cover-band stint that informs the dirge-paced versions of classic rock songs he sprinkles into current set lists, Dowd released his discomforting debut, Wrong Side of Memphis, in 1998. His next two albums, festively decorated with harrowing holiday-themed scenarios and creepy Christmas-carol snippets, supplemented his murder ballads with shady characters both supernatural (dead souls bellying up to the bar) and remarkably real (a cowboy customer selling his wedding band to his former bride's unsuspecting pawnbroker husband). His tar-toned tunes have a timeless, resilient feel. Longtime collaborator Kim Sherwood-Caso, whose angelic vocal accents hinted at salvation during Dowd's depravity-drenched depictions of abject misery, disappears on 2004's Cemetery Shoes, though capable singers such as Neko Case and Sally Timms filled her spot during recent gigs. (The role of surreal chanteuse might be open for audition at this tour stop.)