Let There Be Pigskin

Cleveland should capitalize on its greatest natural resource: football players.

Send a News Tip
Christmas With the Kranks 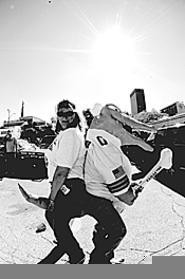 Walter Novak
The crowds might bring less debauchery, but reviving the Charity Game is an inexpensive way to revive downtown.
To Councilman Mike Polensek, Thanksgiving Day in 1967 might well have been yesterday. He recalls his mom hugging him, how his "heart just skipped a beat" as he walked onto Municipal Stadium field. That day St. Ignatius, a power then as now, put a whup on Polensek's undefeated Collinwood.

Yet for a city kid, playing in the annual Charity Game was victory in itself. Crowds of 40,000 to 50,000 would convene on the old stadium to witness Cleveland's best teams. "Here I am, a 55-year-old man, and I still think about it," says Polensek. "You knew you had made it in high school football when you played in the Charity Game. My mother even brings up to this day how proud she is that I played in that game."

Of course, like all good things in Cleveland, the game died more than 20 years ago. Polensek wants it revived.

The councilman's office overlooks the blunder that is Browns Stadium, which occupies Cleveland's most valuable land, yet sits empty 355 days a year. Since former Mayor Mike White kept track of city finances on a bar napkin, no one really knows how much it cost, though estimates range from $315-$350 million. Thus far, our investment has purchased three-downs-and-punt football and the opportunity to buy $9,000 beers.

Yet Cleveland's contract with the Browns allows the city to use the stadium rent-free eight days a year. Polensek wants to fill those days with football.

While Cleveland may not produce scientists, statesmen, or scholars -- that's what happens when you fund your schools with change found in the couch -- we sure as hell know how to make football players. Thirty-four guys from the metro area now play in the NFL. Two guys from Glenville are the only thing keeping Ohio State from doing a fine impression of Northwestern.

The game would give Cleveland another major downtown event. Every Friday, the crowds for high school games run well into the six figures. Teams like St. Ignatius and St. Edward routinely sell out. For some games, they don't even have public ticket sales. Around these parts, you don't need pros to move ducats. One only need look to last year's Ohio Classic, featuring historically black colleges, to witness the draw. More than 45,000 people descended on Browns Stadium to see Hampton play Tuskegee, not exactly a title fight.

So Polensek wants to see a double-header, perhaps the Senate League championship followed by a Catholic game. There's also the possibility of housing playoff games by the lake. Instead of grand plans like moving Shoreways, killing airports, or building islands in Lake Erie -- all of which will implode under sweetheart deals and corruption, only to be completed in half-assed fashion around the year 2076 -- this is something we can do inexpensively, today. We don't even have to bribe Councilman Joe Jones to get it done.

"Here we have this brand-new stadium, and a lot of our kids will never set foot in it," says Polensek. "I want other kids to experience what I experienced."

A few years ago, he pitched the idea to Al Lerner. The Browns owner was excited. Then Lerner passed away, and the notion died with him. "No one ever got back to me," says Polensek.

There are other obstacles, of course --namely, the high schools themselves. "There's something to be said about playing high school games at high schools, so the high schools can benefit from that," says Tom Barone, athletic director at powerhouse Avon Lake. "The bands or booster clubs might sell concessions, and they would make the money for that. Employees can get paid for jobs like selling tickets and announcing and running the clock."

There's also the peasant factor. The beauty of prep games is that fans aren't forced to apply tourniquets to their wallets. But at Browns Stadium, whoever set the prices could be sentenced to death under Old Testament usury laws. "The concessions are two or three times what they are at a high school game," says St. Ed's athletic director Paul Michalko. "We're worried that it could get pretty expensive for people who want to bring their kids."

And while the stadium may be rent-free, the fine print can get very expensive. David Gilbert, president of the Greater Cleveland Sports Commission, says that just to turn on the lights and staff security, ticket booths, and cleaning crews "is probably not that different than for a Browns game. It would be a financially difficult event to do."

But only if you lack imagination.

Be it the city, the executive crowd, or the unions who represent stadium workers, everybody's yapping about doing something good for Cleveland. There's little doubt the stadium could be staffed entirely by volunteers -- from cops to concessionaires -- if the pencil-necks and lawyers just got out of the way. Charge five bucks a ticket, sell $1 hot dogs, strong-arm parking-lot owners into allowing free use of their asphalt for just one day. And if some money needs to be kicked in, let the Browns pay, says Polensek. "In light of their getting all the profits and we get all the bills, it's the least they could do to sponsor the city championship." Any cash left over would go to academic scholarships.

Call it a celebration of Cleveland's greatest natural resources: kids and football. When you're the poorest city in America, you don't have the luxury of moving ports and building islands, waiting for Washington to rain money on you. You have to think small, within your means, and capitalize on what you have. Ideas like Polensek's are how you rebuild a city one brick at a time -- even when your pockets are empty.