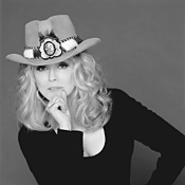 Ann-Margret: Still stealing the show at 60.
The Best Little Whorehouse in Texas is a strange, one-of-a-kind musical, as raucous as vintage Li'l Abner, yet invariably winding up as melancholy about the human condition as anything in the Chekhov canon. Its co-writer, Larry L. King, describes in his book The Whorehouse Papers how it came about. He was commissioned to write an exposé for Playboy about a whorehouse in LaGrange, Texas, that was about to be closed after a century in business. LaGrange's crusty old sheriff, who had allowed the brothel to operate, was resisting pressure to shut it down.

A little-known Texas actor named Peter Masterson talked King and composer Carol Hall into turning the story into a musical. The resulting score is as down-home and affecting as the song stylings of Patsy Cline, and the choreography, by Tommy Tune, is a wonderful mix of the fey and roughhouse. It opened on Broadway in 1978, turning into an unexpected 1,584-performance smash. Now it has been effectively resurrected, thanks to Ann-Margret.

When George Burns, her first patron, discovered Ann-Margret in Vegas, the electric jolt she elicited caused him to drop his fabled cigar. Four decades later, as Whorehouse proprietress Miss Mona, she makes audiences react to that same jolt. This uncanny survivor bears a huge responsibility on her supple shoulders. She is the last fully functioning love goddess bred by the studio system. But the star once referred to as "the kitten with a whip" has managed to avoid the downward spiral of other studio starlets for what has instead been one of the most wildly eccentric careers in show-biz history. She's been parodied on The Flintstones as "Ann-Margrock" and immortalized by Elvis fans for playing his Frugging sex toy in Viva Las Vegas. She was the most earthy Blanche DuBois in the history of A Streetcar Named Desire; she was buried in baked beans as Tommy's mother and displayed a lusty vulnerability in Carnal Knowledge.

Once again, in a bit of delicious déjà vu, she has taken someone else's castle and made it her fortress. Back in 1960, Bye Bye Birdie was a wildly successful Broadway vehicle for Dick Van Dyke and Chita Rivera. Ann-Margret was 21 when she was cast in the 1963 film version as a teenage sweetheart turned screen vamp. A newly commissioned title song gave the nascent sensation a chance to pout her way into film history, in a number as totemic to the '60s as Marilyn Monroe's "Diamonds Are a Girl's Best Friend" was to the '50s. A disgruntled Van Dyke wailed to his cohorts that his musical breakthrough had been turned into The Ann-Margret Show.

Thirty-nine years later, on the Palace stage, the seasoned enchantress reverses the magic, bringing girlish innocence to humanize bawdy sensibilities. With a voice that has matured through the decades into the equivalent of brandy-laced catnip, she has become the embodiment of warm sexuality tempered with experience. She alternately flounces her auburn mane like a Palomino, puts a Mae West-influenced hand on her hip, and sings like a den mother to her girls. Her scenes with Gary Sandy, the likable bodacious sheriff, achieve a rare sadness for a musical, elucidating the longing of two loving souls who can't quite connect. Unfortunately, her rhinestone Bob Mackie costumes work against her, speaking more of Vegas casinos than Texas bordellos.

Overall, though, the tour adequately showcases its star, yet wisely never gets in her way. The scenes without Ann-Margret's Miss Mona are little more than musicalized political cartoons: a governor who dances a sidestep whenever cornered by the press; a locker-room hoedown of sexual anticipation, as a football team prepares to make forward passes at the Chicken Ranch; and a waitress who longs to find sexual liberation through Frederick's of Hollywood. At times it's as tough as nails, with its Saturday Night Live political spoofery, and other times shows amazing empathy, as when a group of exiled call girls sing of their dubious prospects in the haunting "Hard Candy Christmas." Ultimately, it's a sad, cynical work, ending with its titular whorehouse closing and its central romance disintegrating. In spite of this, it never turns maudlin or loses its moonshine kick. Seeing its star in person is akin to visiting the Grand Canyon: a sight never to forget.

It's hoped that the staff of the Cleveland Play House has reinforced the floorboards of its Drury Theatre, for the ponderous weight of its present production of James Baldwin's The Amen Corner threatens to crash through the stage and into the cellar.

Approximately a half-hour is taken up with exceptionally buoyant gospel singing, supplying the jubilation and passion that the rest of the play fails to generate. With its repetitious dialogue, lack of clarity or focus, and tendency toward hysteria, this play is painful proof that renowned novelists can make for hackneyed playwrights. The rarely produced work tells the story of a group of parishioners, drunk on piety, who spout tired clichés by the basketful. Those age-old conflicts -- jazz or Jesus, flesh or spirit, temperance or fundamentalism -- multiply like the mold on a stale production of The Glass Menagerie. Director Chuck Patterson relentlessly pounds his cast into a fever pitch, to little avail. All in all, this is a work that richly merits its oblivion.